Olesen could climb the leaderboard 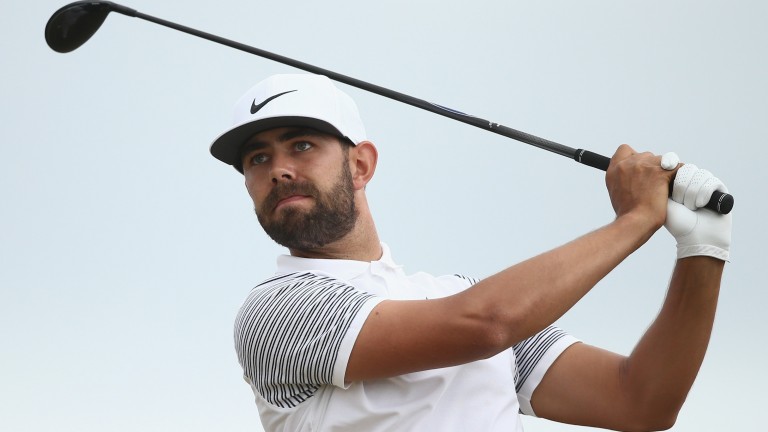 A blistering six-under-par front nine saw Erik van Rooyen finish the third round of the Irish Open with a four-shot lead and the South African is odds-on across the board to land his first European Tour title at Ballyliffin.

Van Rooyen, who shot 29 on the way out before parring every hole after making the turn, is no bigger than 5-6 and it is hard to see him letting a lead slip - such is the solid golf he has played over rounds two and three.

Ryan Fox and Joakim Lagergren are four back while Danny Willett, showing a rare glimpse of his best form, is fourth at nine under.

Russell Knox, the ante-post outright selection of Racing Post Sport's Ian Wilkerson, is fifth but he is six shots behind the South African and may only end up battling for a place unless the wheels come off the leader.

Pre-tournament favourite Rory McIlroy never landed a blow at his own event while defending champion Jon Rahm carded 67 to move into the top ten on Saturday. He will need something special in the final round if he's to keep hold of the trophy.

Van Rooyen has been threatening a breakthrough for some time now, finishing second in the Joburg Open and also delivering top-ten finishes in both the Tshwane Open and the Hassan Trophy.

He could easily deliver the goods and is already a winner on both the Sunshine Tour and the Challenge Tour but this would represent the biggest victory of his career and pressure could still get to the 28-year-old so there looks to be little value at skinny odds.

Thorbjorn Olesen is one of the most in-form players on the European Tour at present, winning the Italian Open and finishing runner-up in the BMW International and he could force his way into the top ten.

Olesen is just one shot shy of the that landmark and, given his prominent position on the Race to Dubai, will be aiming to get closer to contention.

He finished tenth at the K Club two years ago in this event, closing with a 66 in tough conditions, and a similar finish would see him rocket up the leaderboard.