Enrique is unlikely to chance another cup slip-up 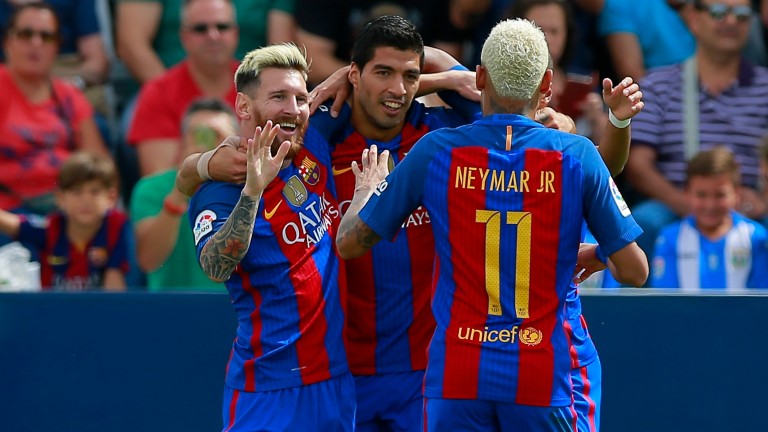 Lionel Messi, Luis Suarez and Neymar are all in the squad for this cup tie
Gonzalo Arroyo Moreno
1 of 1
By Dan Childs 1:46PM, JAN 11 2017

Barcelona are putting all of their resources into a successful defence of the Copa del Rey and they can march into the quarter-finals by posting a comfortable victory over Athletic Bilbao at Camp Nou.

Any complacency the Catalans might have felt has been wiped out by Thursday’s 2-1 first-leg loss to Bilbao at San Mames.

Bilbao flew out of the traps and raced into a two-goal lead inside 28 minutes but they were unable to maintain their dominance. The balance of the tie shifted when Messi struck in the 52nd minute and the home side were left hanging on after red cards for Raul Garcia and Ander Iturraspe.

Barca manager Luis Enrique showed his commitment to the competition by playing his star trio of Messi, Luis Suarez and Neymar for the full match and he is set to use them from the start of the second leg as he seeks to gain control of the tie as soon as possible.

Bilbao need a draw, a victory or a high-scoring single-goal defeat – 3-2 or higher – to see them through but they are generally nowhere near as effective on their travels.

Five of their six La Liga defeats this season have come away from home and the last of their La Liga away wins was in September – a 2-1 success at lowly Granada.

Bilbao have a reasonably solid defence and are a threat on the counter thanks largely to the pace of forward Inaki Williams.

But they shipped nine goals in two visits to Barcelona last year and may simply lack the powers of resistance to cope with arguably the world’s best attack.

Barca have made a slowish start to the year – they followed the loss to Bilbao with a 1-1 La Liga draw at Villarreal – but this could be the night when they click into gear.