English raiders have time to recover from Christmas rush

The Soccer Boffin's words of wisdom 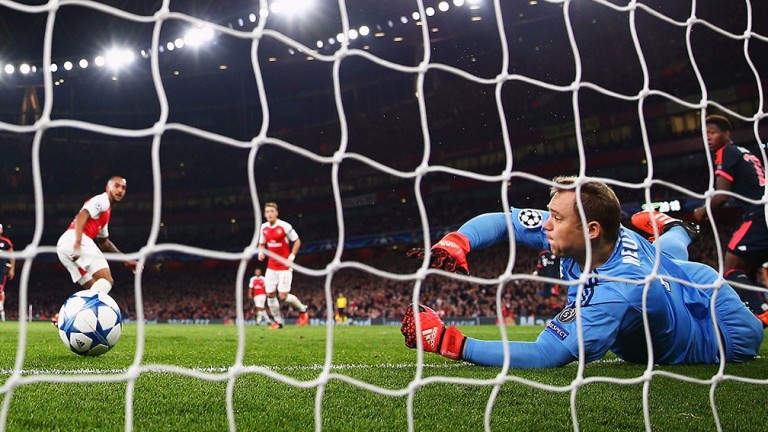 So now we know. When the Champions League resumes in February, Arsenal will play Bayern Munich, Manchester City face Monaco and Leicester take on Seville.

Arsenal’s reward for winning their group for the first time in five years is to face Bayern, semi-finalists or better in the last five seasons.

But then PSG, who were second to Arsenal, play Barcelona. Arsenal’s potential opponents as group winners were slightly easier overall than they would have been if they had finished second, but a draw can be unkind, and this was.

Bayern play on Wednesday but are not in Bundesliga action again until January 20. Arsenal played yesterday for the third time in nine days. While Bayern are inactive Arsenal will play four times in the Premier League and once in the FA Cup – twice if they have to replay.

No wonder people say that not having a winter break handicaps English teams in the Champions League. It seems so obvious. Only it is not true.

There are also winter breaks in Spain, Italy and France, although not as long as in Germany. We can measure the impact of a winter break on Champions League performances by comparing results before and after the turn of a year.

I looked at the last 13 seasons, in which there was always the same Champions League format. I took teams who competed before and after the turn of a year – in the group phase and the knockout phase.

Overall teams face tougher opponents in knockout rounds than at the group stage. We should expect results to decline. And they did – but by about the same amount for teams from all leading leagues, those with a winter break and the one without. Having a holiday did not help.

By the end players will have run themselves to a standstill. The quality of football wilts and then there is the FA Cup.

Traditionalists complain about the declining importance of the FA Cup. One important reason for its decline is that the third round comes straight after an over-stuffed dish of festive league fixtures. Managers feel they have no alternative but to rest exhausted players.

Eventually, however, players do recover. And by February English teams are as ready as German, Spanish, Italian, French and others for the Champions League.

Will there be a record number of goals for a 380-game Premier League season?

But will goals be scored at the same rate? Usually there is little correspondence between the number of goals scored in the first and second parts of a season.

For the last 21 seasons – all those since the number of fixtures fell to 380 – the best estimate of how many goals would be scored in the second half of a season was a calculation in which less than a third of the weight was given to how many were scored in the first half (an assumption that what had just happened would be repeated) and more than two-thirds of the weight was given to the average for all halves of season (an assumption that what we might call normal service would be restored).

If the rest of this season is like the rest of those previous seasons goals per game in the remaining fixtures might average 2.71 (between 2.82 and 2.64, but nearer to 2.64).

And if that happens the total number of goals will be 1,049 – some way short of the record.