England youngsters can stay calm in push for second win

Pumas look to pack and pace in bid for revenge 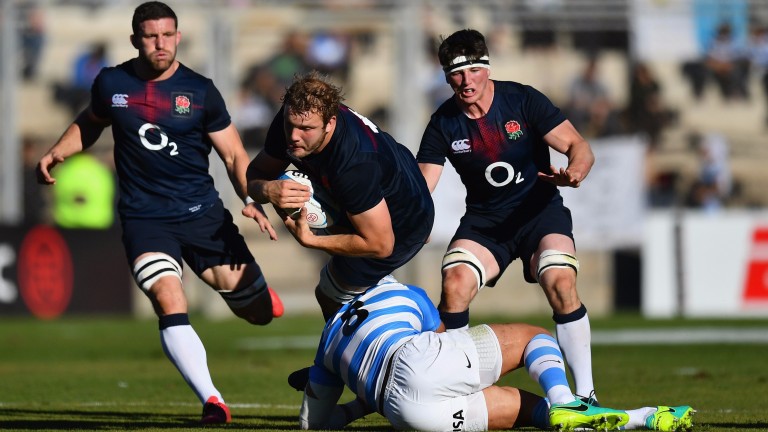 England took the spoils in a rollercoaster Test match in San Juan last week thanks to a 79th-minute try from Denny Solomona but the ingredients are there for a more assured performance and another victory in this second encounter.

An England line-up including four debutants took to the pitch in the first Test, while six of the seven replacements were winning their first cap, and the lack of familiarity was evident with countless errors that robbed their performance of any fluency.

There were also eight tries - four apiece - 29 turnovers and 23 offloads in a frenetic match that ended 38-34 to England, and both coaches are sure to demand more composure and discipline this week.

With three new faces in the England pack it was left to their seasoned forwards to lead the charge, and Dylan Hartley and Joe Launchbury took on a big share of ball-carrying responsibility. A fit-again Chris Robshaw adds more experience to this week's line-up.

Behind the scrum George Ford was a key operator and directed play in an assured manner, but there was also a strong performance from another new boy, Alex Lozowski, playing at inside centre.

The Saracens man is on the bench for this one, though, as Piers Francis is set to make his debut and his selection puts another unknown factor into England's attacking shape.

If the name is unfamiliar it's because Francis has risen through the ranks in New Zealand, having gone to play there at the age of 18. After two seasons of ITM Cup rugby he returned to the UK for spells at Edinburgh and at Doncaster in the Championship, then went back to Auckland become first-choice fly-half for the Blues this season.

He joined up with the England squad just before the Blues' victory over the Lions earlier this month so has had little time to forge an understanding with his teammates.

Exeter's Henry Slade again starts at outside centre, winning his sixth cap, so there will be pressure on the trio of Ford, Francis and Slade to gel quickly, but all three are accomplished playmakers.

The Pumas pack were on the front foot in the set-piece last week and some of England's new recruits up front looked unsure in the face of powerful opponents but the confidence gained from a winning start should lift them.

Similar improvement will be needed in defence, and both teams conceded tries from deep as holes opened up all over the pitch. England will need their forwards in particular to get more of a foothold in the game and disrupt the tempo of Argentina's game. But they look well equipped to manage that and that can swing it in England's favour.

The Pumas are the narrowest of favourites while England can be backed at 23-20 with Hills, but preference is for the insurance of a two-point handicap start at even money.