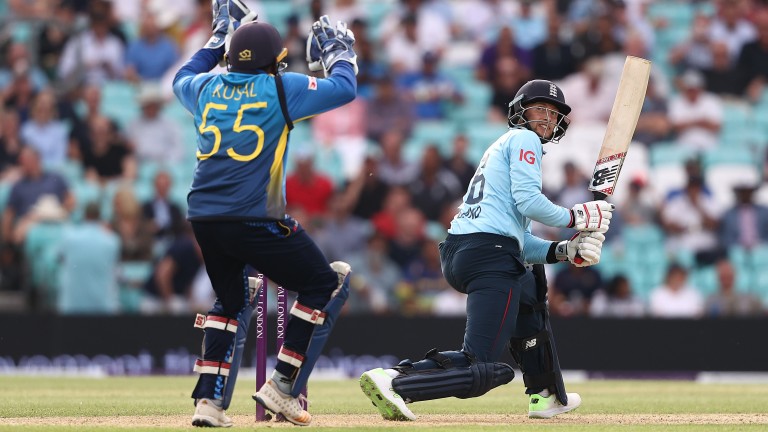 There is fierce competition for places in England's white-ball teams so there should be no slackening off from the hosts in Sunday's third ODI against Sri Lanka in Bristol.

On the face of it, there is little at stake at the County Ground as England have already wrapped up the series with two comfortable run-chases against their depleted and dejected visitors.

The Lankans, thrashed 3-0 in the Twenty20 series, sent home three senior players after a breach of the biosecure bubble before the first ODI and have now lost seven of their last eight one-dayers.

They are 8-1 to stop the rot in the final match of their tour in Bristol but England's bowlers are unlikely to go easy on them in damp, overcast conditions.

David Willey knows all about England's ruthless selection policy, having been dropped for Jofra Archer just before the 2019 World Cup.

With Archer injured, Willey has returned to claim seven wickets in the first two games while Chris Woakes (4-18 off ten overs in the first ODI) and Sam Curran (5-43 at The Oval on Thursday) have also tormented Sri Lanka's top order.

Five of their top seven were dismissed for five runs or fewer in the first game and Curran and Willey reduced them to 21-4 on Thursday so it could pay to focus on the middle-order candidates in the top Sri Lanka runscorer market.

Dasun Shanaka, who made 50 out of 129-7 in the first T20 in Cardiff and 47 in the second ODI, is one to consider but preference is for Wanindu Hasaranga after scores of 54 and 26 in difficult circumstances in the first two matches.

Hasaranga showed his batting prowess at number eight earlier this year, scoring 47 and 80 not out against the West Indies and 74 against Bangladesh. He looks a big price to top-score in such a vulnerable batting unit.

England's middle-order batsmen didn't get a chance to impress on Thursday as Jason Roy (60), Joe Root (68 not out) and Eoin Morgan (75 not out) steered the hosts to an eight-wicket win.

Their openers have the licence to take risks, as Jonny Bairstow's breathless 21-ball 43 in the first game demonstrated, so number three Root looks a more solid top-runscorer option.

He led England home with an unbeaten 79 at Chester-le-Street and his four previous ODIs in Bristol have produced scores of 11 not out, 49 not out, 84 and 43.