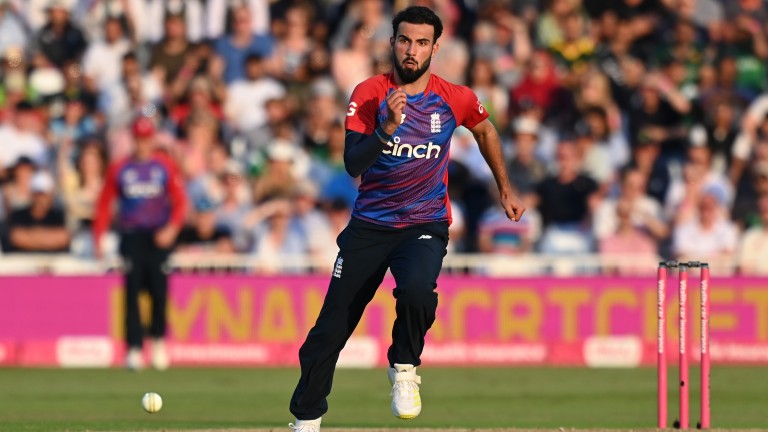 Best bets, analysis and predictions for the England v Pakistan in the second Twenty20 international at Headingley.

Trent Bridge spectators enjoyed a thrilling first Twenty20 clash between England and Pakistan on Friday with the Men in Green pulling off a shock 31-run win to take a 1-0 lead in the three-match series.

Pakistan fired 232 and that would have represented England's highest T20 run pursuit of all time had they crossed the line, but the hosts ultimately had weak bowling and sloppy fielding to blame for the loss.

Liam Livingstone was the star of the show for his nation, firing 50 off 17 and then 100 off 42 - both records for England. But his firepower was not enough and there is plenty of work to do going into the second T20 at Headingley.

England were able to recall some more first-team regulars to the team after many missed the one-day-international series due to a Covid outbreak.

But some of the standout performers in England's 3-0 ODI series win over Pakistan survived the cut, such as Matt Parkinson and bowler Saqib Mahmood, who was named the Player of the Series.

Mahmood took only 1-46 in Friday's first T20 in an underwhelming performance, but all of England's bowlers were expensive and he will be hoping for an improved display in Yorkshire.

He took nine wickets across the three ODI matches with Pakistan and, although Mahmood is still fairly new on the scene, he looks worth a bet to take two or more wickets at 11-10.

Although it was with the bat that Pakistan impressed the most in the series opener - scoring their highest ever T20 total - Shaheen Afridi was also dangerous with the ball at Trent Bridge.

The 21-year-old finished with figures of 3-30 off only 3.2 overs, dislodging key England batsmen Dawid Malan and Jonny Bairstow as well as number 11 Parkinson.

Afridi has taken four wickets in each of his last two visits to Leeds and looks a great bet at 11-4 to finish as the visiting team's top wicket-taker.

Even with Livingstone's heroics, Afridi was named Player of the Match on Friday and he can excel again.