Right-back battle for final squad looks set to be fierce 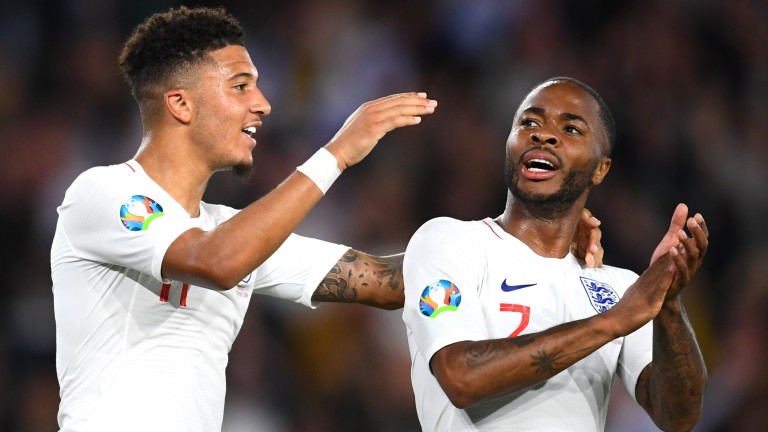 Jadon Sancho and Raheem Sterling were in goalscoring form for England
Clive Mason
1 of 1
By Dan Childs UPDATED 6:07PM, SEP 12 2019

England's safe passage to the Euro 2020 finals looks assured after they defeated Kosovo 5-3 in an open qualifying match at St Mary's Stadium.

Jadon Sancho netted twice for Gareth Southgate's side, who have shortened from 1-50 to 1-100 with bet365 to win Group A.

England are three points clear of second-placed Czech Republic with a game in hand and attention is turning to which players will be make the cut next summer.

Quality options are not as widespread in midfield and Declan Rice is a 2-5 shot despite failing to impress in the victories over Bulgaria (4-0) and Kosovo.

Rice's sloppy pass contributed to one of Kosovo's goals but the West Ham man was not the only player who seemed to let his standards slip.

England looked far too open at the back and will have to be more solid if they are to build on their run to the semi-finals at the 2018 World Cup and their third-placed finish in the 2019 Nations League.

However, there is plenty of market confidence behind the Three Lions, who are 5-1 second favourites to win Euro 2020.

France are the 7-2 favourites and look in a more comfortable position after Iceland, one of their main Group H rivals, lost 4-2 away to Albania.