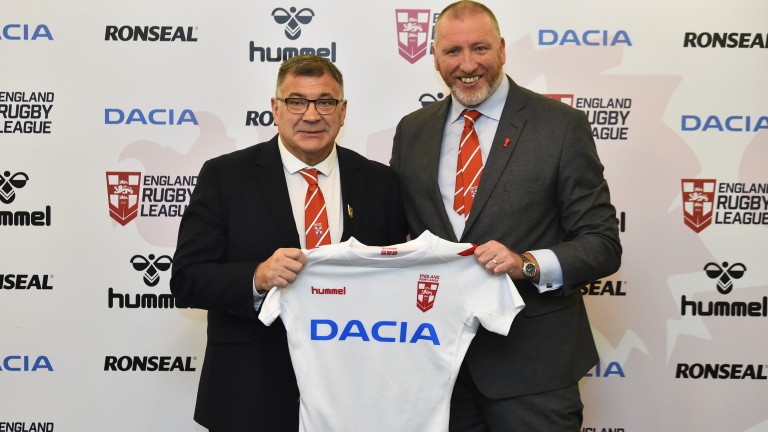 Betting news and analysis for England v Combined Nations All Stars and the Betfred Super League fixture between Hull FC and Huddersfield Giants.

There are only four months until England begin their quest to be crowned rugby league world champions on home soil so tonight’s clash with a Combined Nations All Star side in Warrington will be a valuable exercise for new coach Shaun Wane.

The match is one of only two run outs the Lions will have before they take on Samoa at St James’ Park in the tournament opener and Wane has opted to take a look at some of the Betfred Super League’s brightest talent with six uncapped players named in his 19-man squad.

Wane hasn’t been able to call upon the England stars playing in the NRL but he will be able to cast an eye on more than just his own squad.

England internationals Jermaine McGillvary and Jake Connor, Great Britain tourist Jackson Hastings and England Knights hooker Kruise Leeming get a run out for the All Stars, who are mainly comprised of the best international players in Super League.

England are a 2-7 chance with Betfred to get the better of the All Stars, who are a 3-1 shot to win at the Halliwell Jones Stadium. The hosts are asked to overturn a ten-point line on the handicap.

The decision to carry on with Super League on the same week as the World Cup warm-up has hit many clubs hard and none more so than Huddersfield who initially named only 13 men in their squad to face Hull tonight.

Covid protocols have also played their part and Giants coach Ian Watson has been able to add more players to his travelling squad as they have become available this week.

However, he will still be without Kenny Edwards, Ricky Leutele, Luke Yates and Aidan Sezer who line-up alongside McGillvary for the All Stars against England.

Hull have also been affected with ten of their first-team squad missing through either international call-ups or injury.

It makes this game a bit of a lottery but on paper the home side look to have the stronger unit and they should be in fine fettle after last week’s 64-22 hammering of Leigh.

There is still plenty of quality in the Hull side despite their absences and they can cut the Giants down to size once again, as they did when winning 22-10 in the opening round of the season.

Bookmakers had yet to price up the match last night but the Airlie Birds could be bet on the handicap when they do.

FIRST PUBLISHED 4:55PM, JUN 24 2021
Wane has opted to take a look at some of the Betfred Super League’s brightest talent with six uncapped players named in his 19-man squad