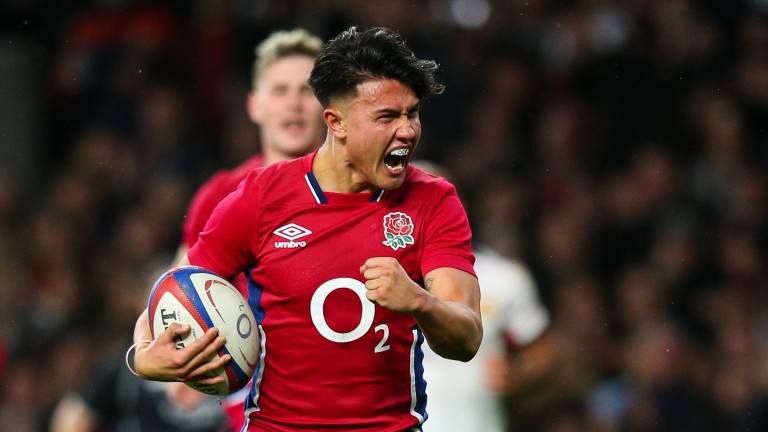 Marcus Smith scored his second try for England in the win over Tonga
Craig Mercer/MB Media
1 of 1
By Chris Rivers UPDATED 4:25PM, NOV 12 2021

Substance over style has always been the mantra of England head coach Eddie Jones during his time at the helm but those looking for some free-flowing rugby have reason to be optimistic ahead of Saturday's autumn international against Australia.

Jones has had no issues getting the better of his home country since taking charge of the Red Rose six years ago, racking up seven straight wins by an average margin of 16 points.

But while England have made posting points on the Wallabies look easy - they won the last meeting 40-16 at the 2019 World Cup - Jones has faced constant criticism for his often regimented and inflexible gameplans.

Having finished as the fifth-highest scorers in this year’s Six Nations, England have sought to address their attacking issues. Ex-rugby league international Martin Gleeson was named attack coach in August and there were signs of improvement in last Saturday’s 69-3 demolition of Tonga.

Harlequins fly-half Marcus Smith appears to have a vital role to play if England are to become a more dynamic side and Jones is looking for a big performance from the 22-year-old against Australia.

Smith will win his fourth cap having sparkled when coming off the bench against Tonga, scoring 15 points - a haul which included his second international try. Having also gone over twice for Quins this season, Smith looks a fair price to cross the try line again.

Owen Farrell’s return at inside centre suggests Jones isn’t quite ready to hand Smith total control of England’s attack but there’s reasons to be excited about an experimental line-up.

Farrell’s inclusion means Manu Tuilagi has been pushed out wide for only his second start as a winger for England and with Jonny May on the opposite flank, the backline should blend pace and power together nicely.

England’s pack looks an impressive unit too, despite losing Joe Marler and Ellis Genge after they tested positive for Covid.

The hosts should have the edge over an Australia side forced to shuffle their pack in the face of injuries, with James Slipper handed a first start in nine years at tighthead.

The Wallabies saw their five-match winning run ended by Scotland last week and while Dave Rennie has clearly improved the team, a lack of strength in depth remains a concern.

James O’Connor still fails to convince at fly-half and they badly missed Quade Cooper’s magic touch at Murrayfield, while the absence of Samu Kerevi and Jordan Petaia leaves them short of the firepower they could struggle to keep pace with an England side intent on putting on a show.