England unlikely to end a decade of hurt 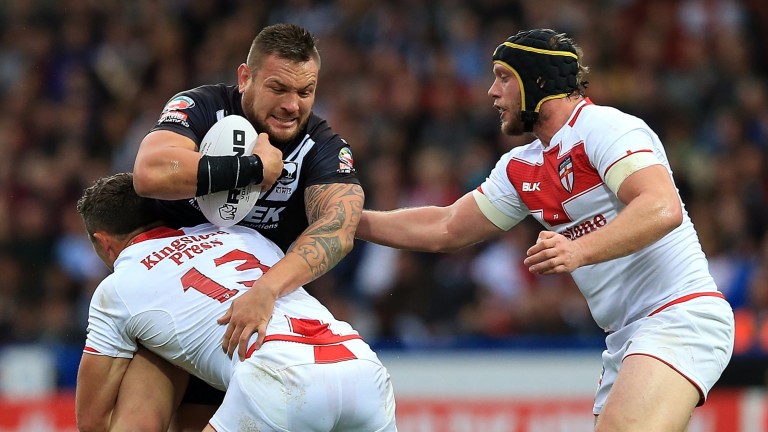 The equation is simple: if England avoid defeat against Australia this afternoon, they will join the Aussies in the Ladbrokes Four Nations final next Sunday.

Scotland’s historic draw with New Zealand on Friday night ensured different permutations are now irrelevant but to make a first major final this decade, Wayne Bennett’s men will have to create a bit of history of their own at the London Stadium.

It is ten years since Brian Noble’s Great Britain side last triumphed over the Kangaroos in Sydney but judged on their performances in the tournament so far, a significant improvement will be needed if England are to end a decade of disappointment.

The hosts had the opportunities and possession to beat New Zealand in their opener but a lack of execution from their halves ultimately proved their downfall, while they lacked discipline and smarts against the brave Scots in Coventry last week.

Legendary Aussie coach Bennett, charged with helping England break the antipodean stranglehold on the international game, was furious with his sides’ showing against the Scots and he looks set to reshuffle his pack, notably in the halves, again.

Discarded stand-off Gareth Widdop is back in the fold as in Widnes’ Kevin Brown who could be set to make his first competitive international appearance in nine years. Either looks set to partner Wigan’s George Williams in the playmaking roles.

If they are to win, England must stick to their strengths. One area the English can match Australia in is the forwards. Led by Sam Burgess and returning James Graham, they undoubtedly have the grunt to win the battle in the middle.

However, game management is so important at this level and in Johnathan Thurston, Cameron Smith and Cooper Cronk, the Kangaroos have three of the modern greats.

Thurston was in imperious form in the Aussies’ win over the Kiwis last week and with his steady hand on the tiller, the Australians look set to break English hearts again.

A handicap line of ten points has been set by the layers but with so much on the line for England, they won’t go down without a fight so backing an Australian victory by one to 12 points at a generous-looking 2-1 could be a sensible play.