Nigeria have some impressive talent too 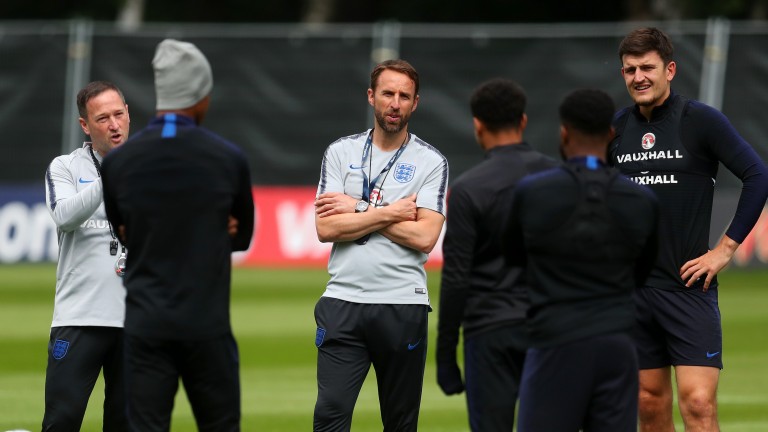 Just five goals have been scored in the last five England internationals but the low-scoring trend could come to an end with Nigeria's visit to Wembley.

The Three Lions will be looking to put on a show in their last Wembley encounter before the World Cup and they may not be as tough to break down as they have been as holding midfielder Jordan Henderson is unlikely to feature.

Henderson and his Liverpool clubmate Trent Alexander-Arnold are being granted extra time to recover from their Champions League final exertions.

Otherwise it should be close to a full-strength side with Gareth Southgate keen to finalise his preparations in readiness for England's World Cup opener against Tunisia on June 16.

Harry Kane should play for the first time since winning the race to be England's full-time captain and will be looking to build on a positive end to the domestic season.

He took some time to recover from an ankle injury sustained at Bournemouth in March but the sharpness and confidence seemed to be returning on the final day of the Premier League season when he bagged two goals in Tottenham's 5-4 victory over Leicester.

England go into the match looking to extend an eight-match unbeaten run which included a pair of goalless draws against Germany and Brazil.

Southgate would like their unbeaten sequence to remain intact after the pre-World Cup friendlies - his side take on Costa Rica at Elland Road on Thursday - but will also be aware of the need to entertain and get the England supporters fully behind the team.

It could be a more attack-minded England than supporters have grown accustomed to and the possible inclusion of Ruben Loftus-Cheek for Henderson would give a more adventurous look to the midfield.

The switch could also leave the home team vulnerable against a Nigeria side with plenty of offensive talent.

Rohr has announced that Chelsea winger Victor Moses and Changchun Yatai striker Odion Ighalo (formerly of Watford) will start and they could be joined by Leicester's Kelechi Iheanacho and Arsenal's Alex Iwobi.

It looks a decent front four and the likely midfield pairing of Wilfred Ndidi and John Obi Mikel (another confirmed starter) is strong.

Nigeria have an impressive squad on paper and they have had some eye-catching friendly results since securing their place at the World Cup finals.

Last November they came from 2-0 down to defeat Argentina 4-2 in Krasnodar, Russia. And in March this year they won 1-0 away to a Poland side spearheaded by Robert Lewandowski.

More recently they have been less impressive - losing 2-0 to Serbia and drawing 1-1 with DR Congo - and it is up to Rohr to ensure that Nigeria's inconsistencies are ironed out.

However, there is a substantial goal threat and Nigeria can achieve what Germany and Brazil failed to do in November by scoring at Wembley.

They are less likely to keep a clean sheet in a contest which may buck the trend of recent low-scoring England internationals.

Team news
England
Jordan Henderson and Trent Alexander-Arnold are likely to be rested. Ruben Loftus-Cheek and Fabian Delph are competing for Henderson's place in midfield.

Key stat
Nigeria have scored in seven of their last eight friendlies.