England should have far too much for poor Panama 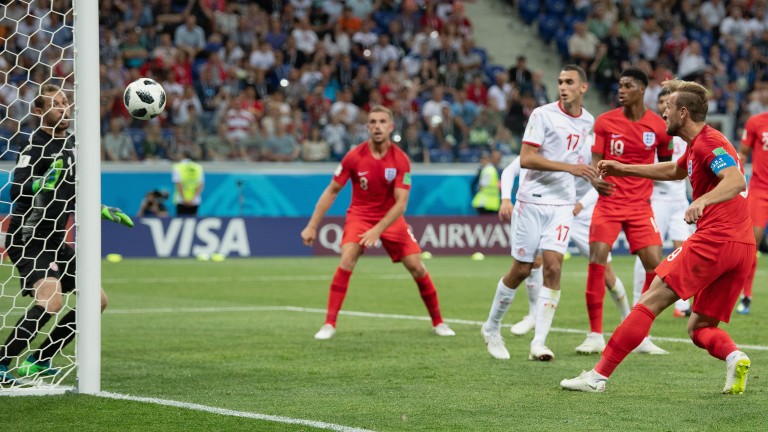 Racing Post Sport’s team of football experts give their verdict on who impressed for England against Tunisia, what changes they would make against Panama and their best bet for the match.

Mark Langdon
It was a strong team performance, particularly in the first half with Dele Alli and Jesse Lingard making excellent runs from deep with just the final finish missing from both advanced midfielders. Kieran Trippier’s dead-ball delivery was also a major plus with one eye on the knockout stages given how many big matches seem to be decided by set-pieces.

There’s no need to risk Alli so Ruben Loftus-Cheek coming in for him makes sense but I prefer Marcus Rashford as a super-sub type so would stick with Raheem Sterling. If Danny Rose is fully fit I would go for him over Ashley Young because the wing-back position suits somebody who favours the same foot as the side they play on.

Those looking for something at bigger odds may consider a few quid on John Stones and Harry Maguire in the anytime scorer markets. If Trippier’s delivery is on the money again there will be chances for the centre-backs to get first contact, just as they did against Tunisia. Otherwise split stakes on 2-0 and 3-0.

Ian Wilkerson
The quality of Kieran Trippier’s delivery from wide areas, both in open play and from set-pieces, was excellent and provided an extra dimension to the attack that has been missing in previous matches.

Raheem Sterling had a disappointing evening and while he has been in electric form for Manchester City, I think Marcus Rashford deserves a chance. Bringing Eric Dier in for Jordan Henderson would give the Liverpool man a break with only one holding midfielder required.

The quality of England’s finishing was not great against Tunisia but they should expect a similar number of opportunities. The 2.5-goals market is a choice affair and I’ll be going over that mark.

Dan Childs
England pressed the Tunisians in the first half and used the the ball intelligently. Jordan Henderson was at the heart of their best work and showed why he was selected ahead of Eric Dier in the holding role.

Barring injuries I would have left the starting line-up unchanged as England’s best work was in the first half. However, Dele Alli’s thigh strain appears to be troubling him so a straight swap for Ruben Loftus-Cheek, who impressed off the bench, makes sense. Raheem Sterling lacks confidence in and England shirt and the Panama game is the perfect opportunity to kick-start his tournament.

My best bet would be backing England -1.5 on the Asian handicap at a shade of odds-on, meaning a winning bet if they triumph by more than one goal. Panama are one of the poorest teams in the tournament and their heads went down after they conceded the first of three goals against Belgium.

James Milton
Kieran Trippier put in a fine shift down the right but let’s not ignore the obvious choice: Harry Kane. He was in the right place at the right time twice, kept his cool in the face of some provocative defending, and made the winning goal look far easier than it was.

I wouldn’t be in a rush to drop Sterling for Rashford – only a couple of games ago the Manchester City man looked a real menace in England’s slick first-half display against Nigeria. Ruben Loftus-Cheek has taken to international football superbly since his impressive debut against Germany and he is an able deputy for Alli.

Panama rode their luck in a goalless first half in the 3-0 defeat to Belgium but England shouldn’t have to wait long for a breakthrough. They have taken the lead in the 11th, 13th and seventh minutes of their last three matches and should be confident to attack the minnows from the off. Back the England-England double result.

Liam Flin
Harry Kane bagged a brace but Liverpool midfielder Jordan Henderson was a composed presence through the centre for the whole game and dictated England’s high tempo early on.

Raheem Sterling’s end product was poor against Tunisia so bringing in Rashford may not be a bad idea. Southgate might also want to consider replacing Kyle Walker, who looked flustered playing in the middle, with someone more suited to that position such as Gary Cahill.

England-England double result. Panama kept Belgium out in the first half but they’re likely to fold earlier against an England team with the confidence gained from the Tunisia win behind them.

Aaron Ashley
Harry Kane grabbed the headlines but his Tottenham teammate Kieran Trippier was the surprise package. The full-back was a constant threat at set-pieces and he was one of the Three Lions’ strongest attacking outlets, creating more chances than any other player on the pitch.

I’d give Ruben Loftus-Cheek the nod in midfield. He made a serious impact when coming off the bench against Tunisia and his energy could give England’s midfield a huge lift. Gareth Southgate’s men started brightly against Tunisia so I wouldn’t be keen on making too many changes.

England are efficient rather than emphatic and backing them to win and under 3.5 goals makes plenty of appeal at 5-6. Panama dug deep against Belgium, keeping their free-flowing frontline at bay until the second half, and they can frustrate an England side who squandered a number of chances in toppling Tunisia.