England on the brink of defeat after Aussies dominate day four 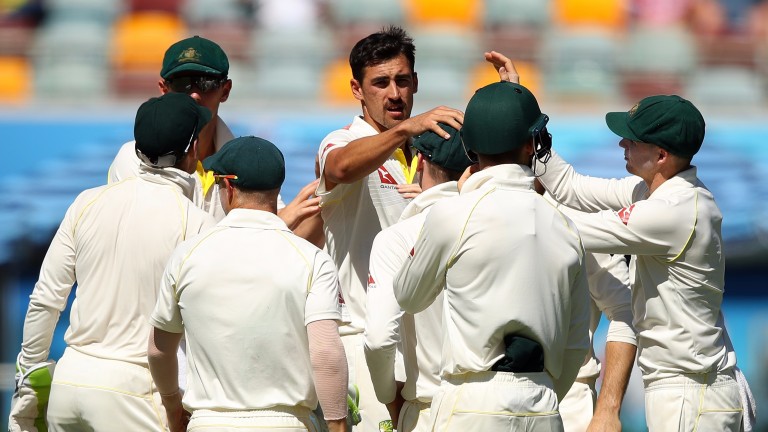 Australia are on the verge of a First Test victory
Cameron Spencer
1 of 1
By Matthew Ireland UPDATED 2:20PM, NOV 27 2017

Australia are closing in on a crushing victory in the first Ashes Test after a dominant day-four display in Brisbane.

The hosts require just 56 more runs on Monday after David Warner (60) and debutant Cameron Bancroft (51) made great inroads into their modest 170-run target, finishing the day on 114-0.

Having resumed on 33-2, England had chances to set a more testing fourth-innings target but captain Joe Root (51), Moeen Ali (40) and Jonny Bairstow (42) could not turn their bright starts into a meaningful score as they were bowled out for 195 in their second innings. Mitchell Starc, Nathan Lyon and Josh Hazlewood claiming three English wickets each.

With an Australian victory seemingly imminent at the Gabba, bookmakers almost halved the price of a 5-0 Australian series victory from 11-1 into 6s - although the scoreline is as short as 7-2 in places.

England are now 8-1 to leave the Gabba Test behind them and go on to win the series having been a 4-1 chance the start of day four.