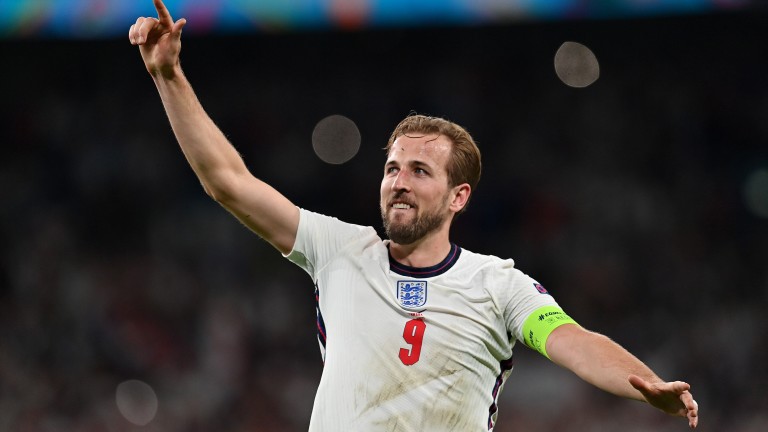 England are 4-5 to win Euro 2020 after reaching the final of a major tournament for the first time in 55 years with victory over Denmark at Wembley.

On Sunday Gareth Southgate's men will play in the final of a European Championship for the first time in their history against Italy, who can be backed at 11-10 to lift the trophy.

In a tight first half it was the Danes who drew first blood through youngster Mikkel Damsgaard's free kick, which flew past Jordan Pickford, who had not conceded in the competition in England's first five matches.

But the Three Lions took less than ten minutes to hit back when Bukayo Saka's ball was bundled in by Denmark skipper Simon Kjaer to level the scores before the break.

Neither side could find a breakthrough in the second half and England were taken to extra time for the first time at Euro 2020 as Denmark continued to keep the hosts at bay.

But the pendulum swung England's way before the extra-time interval with Raheem Sterling, who is 14-1 to finish as the tournament's top goalscorer, going down after a challenge from Joakim Maehle.

Harry Kane stepped up to take the decisive penalty, saw it saved by Kasper Schmeichel but fired in the rebound to lift the roof off Wembley and put England 2-1 up.

That was Kane's fourth goal at Euro 2020 and he is 11-4 to win the Golden Boot with Czech Republic's Patrik Schick and Portugal's Cristiano Ronaldo (both five goals) available at 13-8.