England issued declaration of intent in Nations League but did opponents listen?

Kevin Pullein with his thought for the weekend 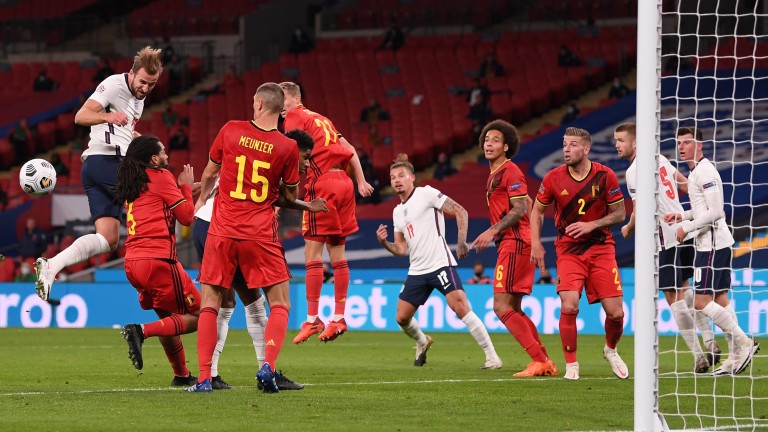 When England beat Belgium in the Nations League last month they were said to have made a statement. Belgium are ranked number one in the world by governing body Fifa. Beating a top team, apparently, showed England could win a tournament.

Never mind that they had swung the game round with a soft penalty and a fluky deflection. The Telegraph wrote: “The bigger picture for manager Gareth Southgate is that his team can find a way to win without playing particularly well. It is what winners do. It is what winners are lauded for.”

Three days later the winners lost to Denmark. On Sunday they lost the return with Belgium. This meant they could no longer qualify for the Nations League finals. On Wednesday England won again against Iceland.

Over many years as a tipster I have learned through painful experience to be wary of assertions that a team have proved a point or turned a corner. Too often they change direction again.

Bettors as a group are like journalists as a group and many other groups. Our eyes linger on what we have just seen.

Betting is about what happens next, and this can be different.

Brad Humphreys of the Department of Economics at the University of Alberta wrote a paper about bets on favourites on point spreads in the NFL. The paper was called: Prices, Point Spreads and Profits – Evidence from the National Football League. Humphreys analysed bets placed with four online bookmakers on every NFL regular season game in the four seasons 2005 to 2008.

Several factors can influence favouritism, but one of them is the impression made by the last result, or last few results. If there is a way of betting profitably it probably involves mostly following outsiders.

England could win the 2021 European Championship or 2022 World Cup. But not because they beat Belgium. Losing to Belgium does not mean they cannot lift a trophy. Nor does losing to Denmark.

England are one of the better international teams. They probably deserved to win more than one of the 32 World Cups and European Championships they entered, which is their record so far. Sooner or later they should win again.

England’s capabilities, though, do not change much from match to match. We should try to look beyond individual results.

Earlier this month there was a US presidential election. If you wanted to, you could read lots of articles purporting to explain why Donald Trump won four years ago but lost this year. What changed in 2016? And then what changed in 2020?

My analysis of basic figures suggests that this year not much really changed at all. Trump won 46 per cent of the votes cast in 2016 and as I write he has won 47 per cent of the votes that have been counted from 2020. You could say Trump is more popular now than four years ago. I would say in broader terms that he is about as popular. In successive elections nearly half of the ballots were cast for Trump.

To become president a candidate does not have to win more votes than any other. Trump did not in 2016 or 2020. What matters is the number and size of the states in which a candidate wins most votes.

Trump’s votes clustered kindly for him in 2016 but not in 2020. It is a bit like a football team having the same number of shots in two matches but different numbers going in. The players have not changed. Attitudes in the US are divided in about the same way as they were four years ago.

Why did Trump’s votes bunch favourably for him four years ago but not this year? There might be a reason. More likely there are reasons. Political analysts may be able to identify them. Most likely, though, the best explanation for the differences would be that they were random fluctuations – like water lapping against a levee.

Rolf Dobelli wrote in a book called The Art of Thinking Clearly: “If the stock market rises or falls by half a per cent, you will never hear the true cause from stock market commentators – that it is white noise, the culmination of an infinite number of market movements. No: people want a palpable reason and the commentator is happy to select one. Whatever explanation he utters will be meaningless.”

Sometimes one cause is used to explain two opposite effects. Nassim Nicholas Taleb wrote in a book called The Black Swan: “One day in December 2003, when Saddam Hussein was captured, Bloomberg News flashed the following headline at 13:01: US Treasuries rise; Hussein capture may not curb terrorism… At 13:31 they issued the next bulletin: US Treasuries fall; Hussein capture boosts allure of risky assets.”

Let us go through United’s Premier League results since Solskjaer became manager in December 2018. Initially he was caretaker. United won ten, drew two and lost none of Solskjaer’s first 12 games. Solskjaer was hailed as a hero. Fans and pundits screamed for him to be given a full-time contract. He was.

Then in the final 14 games of last season United got nine wins, five draws and no defeats. Solskjaer was a great manager again.

He started this season with three defeats, one draw and three wins. Now he is a bad manager once more. One corner can lead to another.