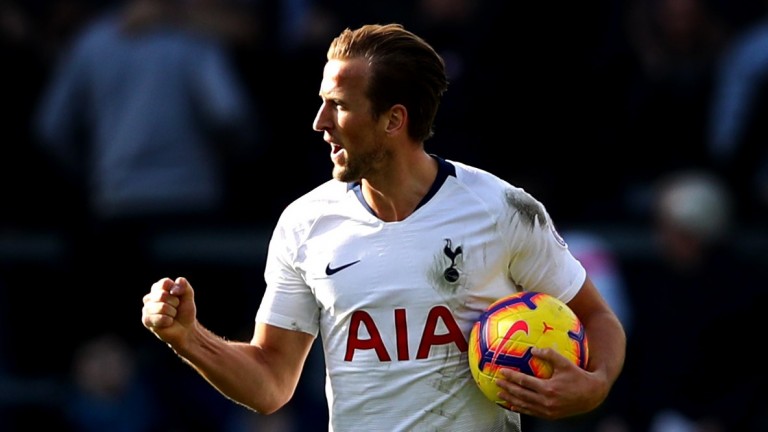 Gary Neville has said Harry Kane would be the "perfect signing" for his former side Manchester United and the England captain is 2-1 with Coral to sign for the Red Devils as his next club.

Kane recently opened the door to the possibility of leaving Tottenham and has since been the subject of sustained transfer speculation with suggestions he would be available for around £200m.

"Any club in the Premier League would want Harry Kane," Neville told Sky Sports. "There are some signings that are like gold, where you just know they are going to work.

"Harry Kane is unbreakable in the sense of his mentality. He'll always score goals, will always give 100 per cent in training, and is completely reliable as a manager would want.

"For Manchester United, it would be a perfect signing in terms of what they need," added Neville, who worked with Kane when he was assistant to Roy Hodgson with England.

"They had Bruno Fernandes come in and he's done a great job, Harry Maguire at the back. If they can get someone like Kane up front, you're looking at a fantastic spine."

Speculation about Kane's future began when the striker admitted to Jamie Redknapp in an Instagram Live interview that he would not stay at Spurs "for the sake of it" as Kane detailed his ambitions to claim club silverware which has so far eluded him at Tottenham.

"He's a clever lad and he's not somebody who would get caught out if he didn't want to say something," added Neville. "The little opening of the door that he left in that Instagram piece with Jamie probably had something in it."

Kane was sidelined when Spurs crashed out of the Champions League and FA Cup just before the coronavirus pandemic stopped football. And when the sport returns, Tottenham are in a tricky spot trying to qualify for Europe's premier club competition next season.

Jose Mourinho's men are eighth and four points behind Kane's potential suitors United, who are a further three points back from fourth-placed Chelsea.

Real Madrid are 9-2 to be Kane's next club with Bayern Munich at 8-1 while Manchester City and Barcelona are both 10-1.

Bayern have Robert Lewandowski leading their line and are unlikely to need a new striker until the relentless Pole departs Munich.

Lewandowski, 31, signed a new contract in August keeping him at the Allianz Arena until 2023.

City also have a 31-year-old striker as their main source of goals and Sergio Aguero looks more likely to be replaced than Lewandowski.

However, Pep Guardiola's side have also invested plenty of time in preparing Gabriel Jesus to become the new main man at the Etihad.

Barcelona are reportedly hot on the heels of an Argentinian forward, many are dubbing the new Aguero, Inter's Lautaro Martinez.

That would suggest Real Madrid would be considered the main rivals to United for Kane's services and Spurs would arguably rather sell abroad if they were forced into a transfer.