England can put in a repeat performance to take series lead

Kane Williamson back for hosts but Ross Taylor ruled out 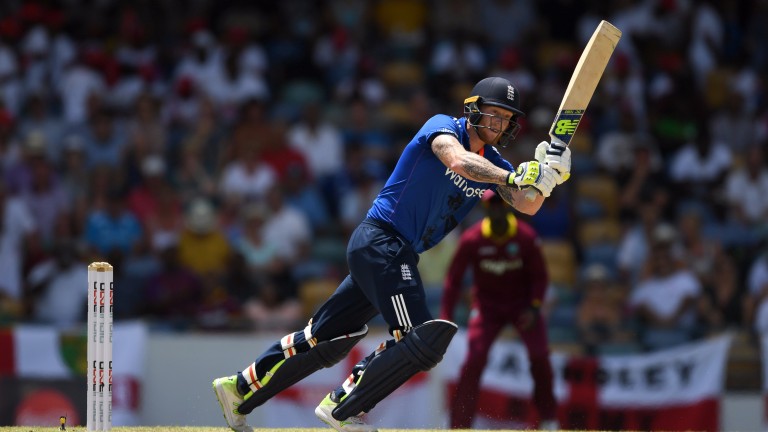 If England's hierarchy were in any doubt as to what they were lacking in their chastening Ashes defeat over the winter, Ben Stokes's match-winning performance in the Three Lions' second ODI win over New Zealand ought to have jogged their memory.

The reason behind Stokes's Ashes absence has been well-publicised but he appears to have settled back into the international fold with ease and after impressing with the ball in the first clash with the Kiwis, his unbeaten 63 was the cornerstone of England's win at the Bay Oval on Wednesday.

And it wasn't just the Durham all-rounder who caught the eye. Captain Eoin Morgan hit a half-century and Jos Buttler blasted 36 from just 20 balls while the tourists produced an exemplary performance in the field with a number of fine catches.

The five-match series heads to Wellington on Friday night and backing England to put on a repeat performance at the Westpac Stadium looks the best bet.

Victory would be a first at the ground known as the Cake Tin for Morgan's side as their two 2015 World Cup games at the venue ended in heavy defeats.

First they were skittled for just 123 by the Kiwis, who won within 13 overs, before Sri Lanka chased down 312 for the loss of just one wicket.

However, the current crop of Three Lions are a much more dynamic outfit who are one of the best limited-overs sides in the game.

If their performance in the second ODI was not encouraging enough, fitness doubts over two of the Black Caps big guns Ross Taylor and captain Kane Williamson in the lead-up to the match give England an even better chance of breaking their Westpac Stadium duck.

The Kiwis have received some encouraging news regarding skipper Williamson who cam through a lengthy net on Thursday to prove his fitness.

But Taylor, who hit a century in the first encounter, has been ruled out and his absence leaves a gaping hole in the Kiwis' top order, one which England could exploit again.

England's opening bowlers David Willey and Chris Woakes have made early inroads into the hosts' batting line-up in both encounters and doing so again would give them a great chance of taking a 2-1 series lead.