England are a great bet to get revenge over Croatia

Gareth Southgate's lads are one of Europe?s rising forces 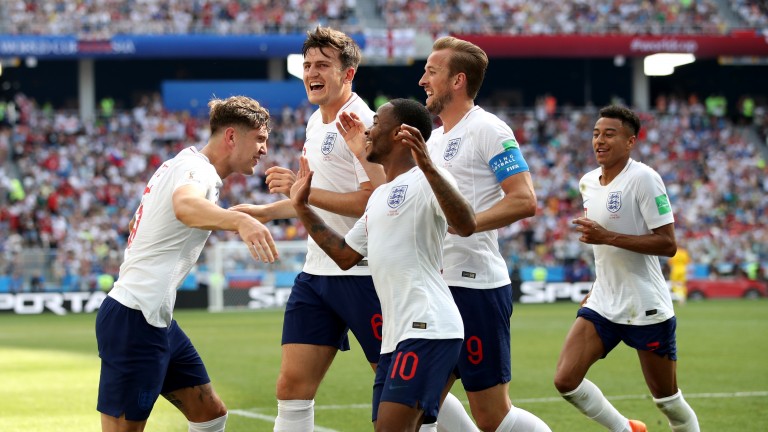 England are unquestionably one of Europe’s rising forces and they look an absolute maximum bet against Croatia in their Nations League decider at Wembley.

It’s a repeat of the World Cup semi-final of just a few months back, a match England should have won – but didn’t.

I thought Gareth Southgate’s men were pretty much nailed-on in Moscow in July but they ran out of steam and ran out of luck.

But Russia in the summer was just the start of the Southgate revolution and a second semi-final in the space of a year is definitely on the cards.

It’s a winner-takes-all showdown in London and Croatia aren’t at their strongest. Keeper Danijel Subasic has called it a day, ace left-back Ivan Strinic is injured and Mario Mandzukic, whose goal took the Croats to the World Cup final, has also retired.

And can 33-year-old Luka Modric go again just three days after a tiring 90 minutes against Spain?

I thought Spain were poor in Zagreb and they are definitely in a rebuilding phase. But that shouldn’t take anything away from Croatia, who were excellent.

But they will need to chase the game at Wembley at some stage and that is only going to open up space for England’s array of pacy frontmen.

This is still a young England side but they are maturing fast and becoming ever more dangerous.

I thought they’d be around the 4-6 mark for this game so evens looks an outstanding bet.

Talking of 4-6, that’s what Germany are going off at home to Holland on Monday – and there’s no way I’d be advising a bet on them.

They warmed up for the match with a 3-0 win against Russia in Leipzig and it was certainly a better performance from a younger squad. Joachim Low was under pressure to ring the changes and handing starts to the likes of Thilo Kehrer, Kai Havertz, Leroy Sane and Serge Gnabry indicates he’s listening.

But I’m no great fan of the Russians. Yes, they overperformed at their own World Cup but they don’t travel well and this was a friendly. We’ll learn more about them against Holland.

Ranieri appointment could be a big mistake

I’m perhaps not the ideal judge on Claudio Ranieri’s appointment at Fulham, given that when Ranieri got the job at Leicester I predicted relegation for the Foxes.

I got that wrong and was happy to admit as much. I’ve still got my doubts over Ranieri, whose recent coaching career is littered with failures, but what he did at Leicester was unquestionably incredible. There’s no point being churlish about that.

But do I think he’s the right man for Fulham? In short, no I don’t. I certainly don’t think Fulham have a better chance of staying up under Ranieri than they had under Slavisa Jokanovic and I’m sure there were far better contenders out there who would turn the Cottagers around.

Ranieri had some good fortune at Leicester, inheriting a fine squad built around world-class frontmen in Jamie Vardy and Riyad Mahrez, a midfielder in N'Golo Kante who is now at Chelsea and a reliable defence. You’re only as good as your players and Ranieri had a top-class group to work with.

At Fulham it will be different. Yes, there’s talent in that dressing room but they are bottom of the Premier League for a reason and it takes a certain type of manager to be able to work with that situation. And I’m just not sure that this is where we will see Ranieri in a good light.

One or two firms can’t split them though I’d far rather be on Dortmund.

Where Dortmund’s impressive start to the season isn’t being reflected is in betting for the Champions League, where you can still have them at 33-1. Eight teams are shorter.

They’re certainties to qualify but before you think about getting involved I think the layers have judged Lucien Favre’s men spot on.

Now there’s an awful lot to like about Dortmund this season with Marco Reus enjoying his finest season, the arrival of Jadon Sancho and the goals off the bench of Paco Alcacer.

But we have seen German clubs arrive with fanfares before in recent history – Wolfsburg, Schalke and Leverkusen – only to fade from view.

I like Dortmund and they are genuine dangers to Bayern and could be for years to come if they can hang on to some of their young aces. But the Champions League? It might be open but I wouldn’t have them on my shortlist.