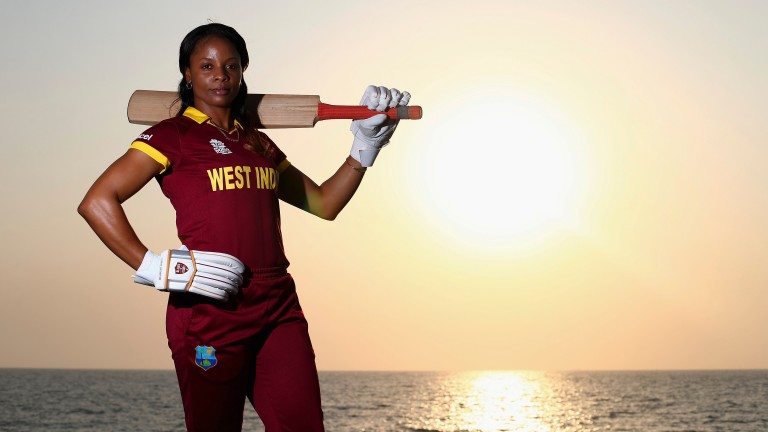 Merissa Aguilleira of the West Indies can shine against England at Bristol
Ryan Pierse
1 of 1
By James Milton 7:58PM, JUL 14 2017

England v West Indies
Sky Sports 3, 10.30am Saturday
It's the final round of matches in the league stage of the Women's World Cup and England can finish top of the table with victory over the West Indies in Bristol.

Heather Knight's side, currently ahead of Australia on net run-rate, are 1-6 to beat the Windies, who have lost four of their six games at the tournament.

England's top order are in cracking form with Tammy Beaumont, Natalie Sciver and Sarah Taylor three of the top five tournament runscorers and skipper Knight not far behind with 266 runs in six innings.

And the hosts' bowlers should be confident of making early inroads against a wobbly Windies batting line-up, meaning the 17-1 about wicketkeeper Merissa Aguilleira top-scoring is worth a small bet.

Aguilleira failed with the bat in her first three games against Australia, India and South Africa.

However, her confidence should have been bolstered by scores of 20 (including the only six of the innings) against New Zealand, 46 not out (making her the Windies' top runscorer) against Sri Lanka and an unbeaten 24 in the win over Pakistan last time out.

The Windies don't have the most reliable of batting units - they were bowled out for 48 by South Africa at Grace Road - so Aguilleira looks a big price to outperform her teammates.

Elsewhere, Australia are 1-4 to beat South Africa - both are already assured of semi-final places - while India and New Zealand go head-to-head for the final spot in the last four. The Kiwis are 3-5 favourites for victory in Derby.