TODAY'S OFFERS
TODAY'S BOOKMAKER OFFERS
Exclusive to new customers:
The Ashes Round one to Australia 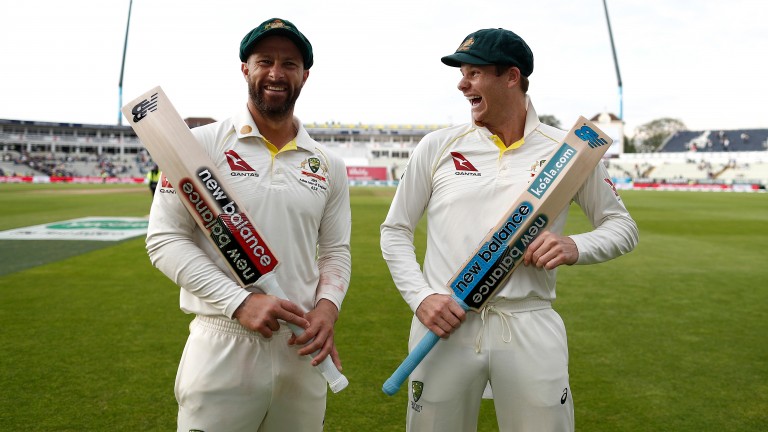 England are 5-2 to regain the Ashes after sliding to a 251-run defeat to Australia at Edgbaston in the first Test.

Joe Root’s men will have to summon up the spirit of 2005, when England lost the first game but ended up winning the series 2-1, and Betway are expecting changes for the second Test which starts at Lord’s on August 14.

The firm offer 1-4 that paceman Jofra Archer makes his Test debut while spinner Jack Leach is evens to play at Lord’s – the same price as Moeen Ali, who disappointed with bat and ball at Edgbaston.

Root’s side had been on top for large parts of the game in Birmingham and Australia had drifted to 6-1 with bet365 by the end of the second day.

However, Steve Smith’s monumental effort with the bat set things up for the Aussie bowlers – the former captain made 144 and 142 and Betway reckon he will inflict more pain on England.

Smith, the leading runscorer in the 2015 and 2017-18 Ashes, is just 5-4 to finish with five or more centuries in the series. Betway offer 5-1 that he doesn’t reach three figures in the remaining four Tests.

The ace batsman had been 5-1 to top the runscoring charts before the start of this series but he is just 1-7 now, having opened up a lead of 142 runs over England’s Rory Burns.

Bookmakers still anticipate a close series with Australia 3-2 a narrow favourite at 9-2 in the correct-score betting, ahead of Australia 3-1 and the 2-2 draw at 6-1.