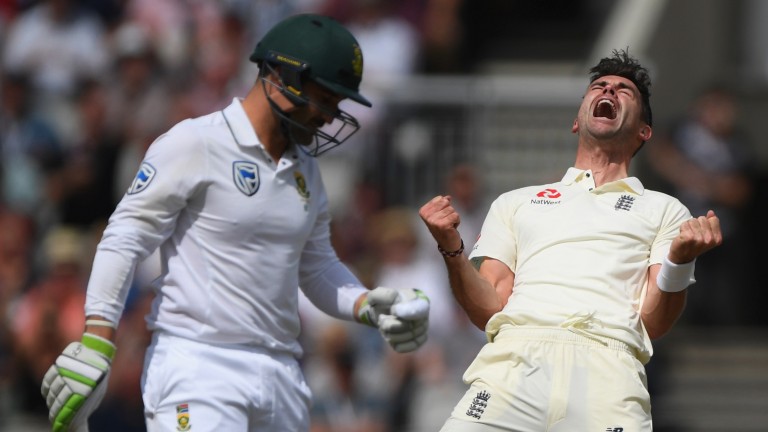 Earlier Jonny Bairstow’s 99 had helped the hosts post 362 in their first innings before Anderson took centre stage on his home ground to leave the tourists reeling.

Away from Old Trafford, the race for the County Championship steps up a notch on Sunday with seven matches for punters to tackle.

The pick of the Division One action comes from Scarborough where Essex could extend their lead at the top against Yorkshire.

With just over half of the season gone, Ryan ten Doeschate’s visitors boast a 29-point advantage at the top of the table despite only returning to the top flight this season.

Only bottom two Somerset and Warwickshire have lost more games than Yorkshire this term with the White Rose continuing to struggle with the bat.

Despite gaining a division-high 23 bowling bonus points, they have earned just 14 with the bat thanks to a number of underwhelming performances from their top order.

Worcestershire can keep the heat on Division Two leaders Nottinghamshire with victory over Sussex. The hosts have lost only twice this season as appeal at a shade of odds-on.