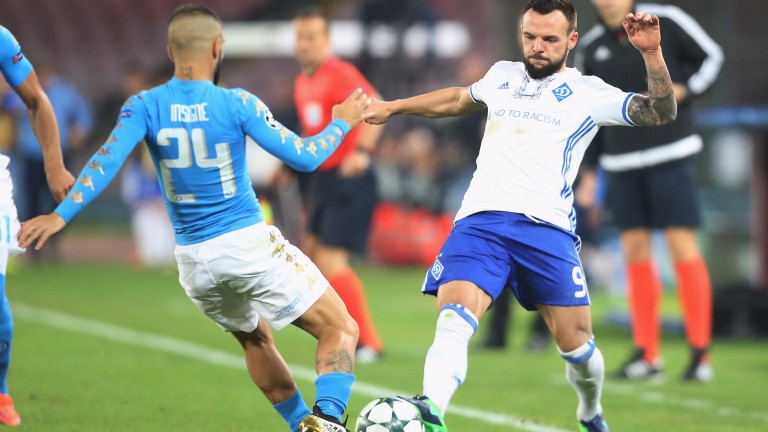 Group B basement boys Dynamo Kiev produced a surprisingly committed performance to draw 0-0 at Napoli on matchday five and they can dash Besiktas’s qualifying hopes by defeating the Turkish side in Ukraine.

Dynamo are guaranteed to finish bottom but have competed reasonably well in most of their matches and will have the respect of Besiktas, after they held them to a 1-1 draw in Turkey on matchday two.

The Ukrainians are on a ten-match unbeaten sequence in their domestic league and have an important match at home to leaders Shakhtar Donetsk to look forward to next Tuesday.

Besiktas’s need is greater as they must win to be sure of progressing but they have lost on three of their previous four visits to Dynamo Kiev and may be heading for further disappointment.

Team news
Dynamo Kiev Danilo Silva is out for six months with a knee injury.