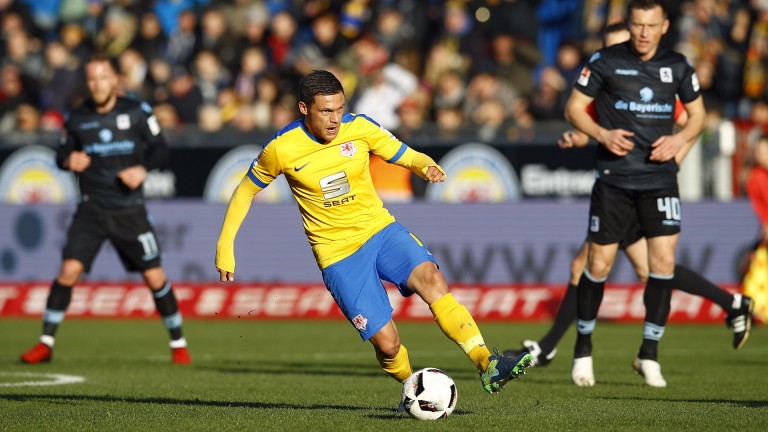 Eintracht Braunschweig are flying high in Bundesliga 2 but their recent form on the road is patchy and Union Berlin are fancied to take full advantage in the German capital.

Only three places and six points separate the free-scoring pair but the visitors, who looked unbeatable when winning their opening six Bundesliga encounters, are showing signs of cracking and one win in their last four matches suggests they could be vulnerable, particularly on their travels.

Torsten Lieberknecht’s men ended their barren spell with victory against struggling 1860 Munich last week but they were far from convincing and will need to show significant improvement to silence the hosts, who have lost just one of their last 16 league matches on home soil.

There is no doubting Braunschweig are in better shape than when losing this fixture 3-1 last season but, they will need to be, and it’s a concern they have won only three of their last 14 away matches.

Union Berlin are favourites to claim a crucial three points today and, despite failing to win their last two encounters at Stadion An der Alten Forsterei, they remain the side to beat.

A stalemate with league leaders Stuttgart is a positive result while the 1-0 defeat to Fortuna Dusseldorf, where they dominated the possession and won the shot count 12-3, can simply go down as unfortunate.

In-form frontman Colin Quaner, who has notched seven goals in 11 appearances, is best-priced 15-4 to open the scoring and that may offer a slice of value.