Cobblers unlikely to go down without a fight 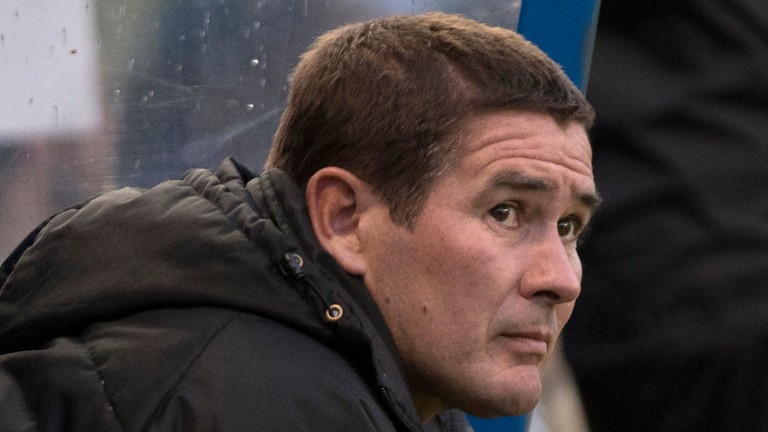 Mansfield to win by one goal
1pt 13-5 general

Mansfield
Nigel Clough has a fully-fit squad to choose from and may opt for the same 11 which claimed a 2-2 draw at home to Forest Green on the final day of the regular season.

Northampton
Goalkeeper Liam Roberts is suspended and Paul Lewis remains sidelined through injury. Beryly Lubala has fallen out of favour and Aaron McGowan is a doubt.

After missing out on automatic promotion in the most dramatic of circumstances on the final day of the League Two season, Northampton must now pick themselves up for the playoffs and a visit to Mansfield is not the ideal awayday to overcome a psychological hurdle.

Despite winning 3-1 at Barrow in their campaign-closer, the Cobblers were usurped in third by Bristol Rovers, whose 7-0 thrashing of relegated Scunthorpe saw them snatch promotion on goals scored.

It will be interesting to see how Northampton respond to that gut-wrenching blow and the late dismissal of number one shot-stopper Liam Roberts in Cumbria made matters worse for the Cobblers. Roberts kept 21 clean sheets in 46 regular-season games, the most of any keeper in the basement.

Roberts’ first-leg suspension is far from ideal given his importance to Northampton and his replacement Jonny Maxted has been restricted to just four cup appearances this term.

With Mansfield having won 13 of their last 15 home league games and Northampton having collected just 13 points from a possible 36 against top-seven rivals, many punters may favour a Stags success.

Nigel Clough’s men were narrow 1-0 winners at home to the Cobblers at the beginning of April and a repeat scenario appeals, with the tie still likely to be in the balance ahead of Wednesday's return leg at Sixfields.

Northampton aren't armed with a natural goalscorer and although they carry great threat from set-pieces, Mansfield look equipped to deal with that challenge.

The Cobblers did boast the best defensive record in the division, however, so are unlikely to roll over and this first-leg battle may be settled by the barest of margins.

Thirteen of Mansfield’s 22 victories in the league this season were recorded by one goal while nine of Northampton’s 12 defeats were also decided by just a single strike, suggesting the Stags may have to settle for a slender win.

Six of Northampton's seven away league defeats this season have been by a single goal.