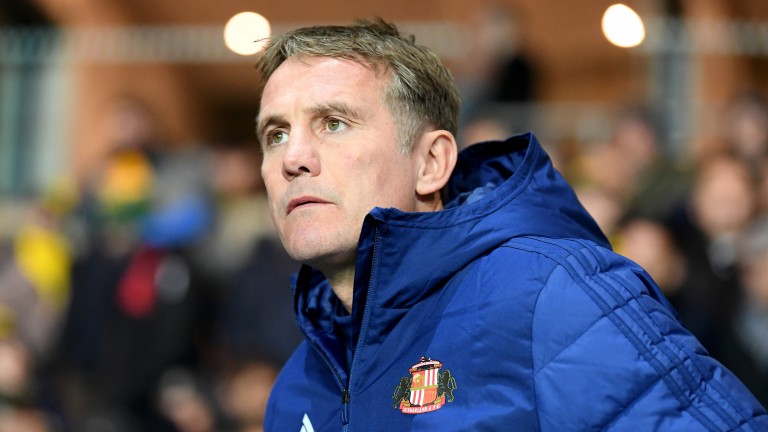 Burton got no reward for a bright performance in a 1-0 loss at Peterborough on Saturday but they might have better luck when taking on Sunderland at the Stadium of Light.

There are huge expectations on Sunderland, who were still in the Sky Bet League One playoffs when they sacked Jack Ross in October.

Results have not improved under the new manager Phil Parkinson and the Black Cats approach the clash with Burton in tenth place.

Sunderland needed an injury-time goal from 19-year-old substitute Benjamin Mbunga-Kimpioka to salvage a barely-deserved 1-1 draw at home to Coventry on Saturday, but they have gone five games without a win and look there for the taking.

Burton manager Nigel Clough has said that his players will stick to their attacking principles and they look overpriced.

Highflying Cheltenham have gone through a sticky patch in Sky Bet League Two but can end a winless run of three league games by defeating 19th-placed Grimsby at Blundell Park.

Michael Duff's side delivered an improved performance to draw 1-1 at home to Colchester on Saturday and look value to topple Grimsby, who have not won since September