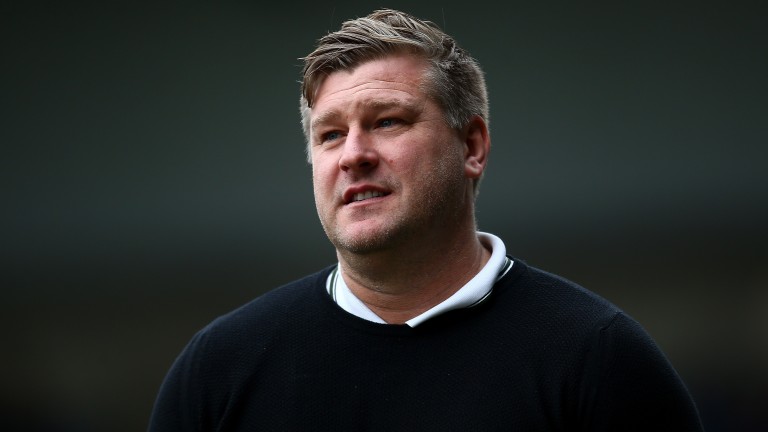 Karl Robinson is a manager whose teams tend to gain an even larger sharer of corners in their games
Jordan Mansfield
1 of 1
By Steve Davies UPDATED 5:08PM, SEP 2 2019

The idea that the EFL Trophy is an unnecessary distraction isn’t borne out by the roll call of recent winners, with teams in top league form generally flourishing.

Six of the last eight winners have eventually finished in the playoffs or been promoted automatically from their respective divisions.

This season 63 teams go to post – there’s no Bury, obviously – with 16 Premier League and Sky Bet Championship academy sides in the mix.

Handicapped by playing all three group games away from home, the kids from the top two tiers don’t have a particularly good record in this – just three of them have ever made the last eight with only Chelsea, two seasons ago, getting to the semi-finals.

As such, all are tentatively swerved when searching for the best bets.

The fact it's 11-1 the field highlights how wide open this tournament is but it may pay to avoid those towards the top of the betting – the likes of last year’s finalists Sunderland and Portsmouth – and entertain a couple of decent-priced alternatives.

Oxford, who are in the wrong half of League One but probably won’t be by the end of term, are interesting contenders.

United are 18th in going into their Southern Section Group B opener against Norwich’s youngsters at the Kassam Stadium.

But Karl Robinson’s men have had an absolute brute of a first month and you could argue have done well to be as high as they are.

Their first six games have featured trips to Sunderland, Blackpool and Bristol Rovers while they’ve played Peterborough, Burton and Coventry at home.

Burton are also worth backing.

The Brewers’ only losses were against Ipswich and Rotherham – no disgrace there – and this is a team who finished last season strongly and have carried on where they left off.