Home is where the heart is for Watford 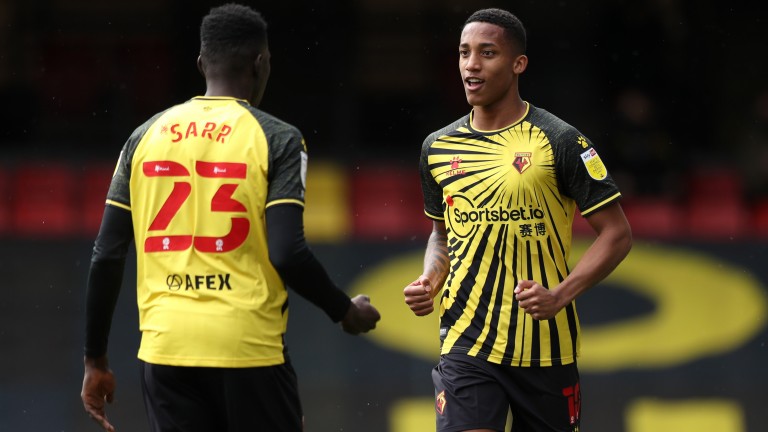 Watford managers have had a short shelf life in recent years but Xisco Munoz has made a positive early impact and can steer the promotion-chasing Hornets to a comfortable victory over Huddersfield in their Championship fixture at Vicarage Road.

Munoz was recruited thanks to his reputation as an attacking coach and got an instant response, leading Watford to a 1-0 victory at home to leaders Norwich.

A week later Watford regressed with a 2-1 defeat at Swansea but they raised the performance bar on FA Cup third round weekend with a narrow 1-0 loss at Manchester United.

Watford have retained plenty of Premier League quality including injury-hit midfielder Will Hughes, who made his first start of the season against United, and there is time for them to join the battle for automatic promotion.

Huddersfield are only six points worse off but injuries are piling up and the rest of the season could be about keeping a safe distance away from the bottom three.

Carlos Corberan's squad has been weakened by recent injuries to first-team regulars Naby Sarr, Carel Eiting and Isaac Mbezna, none of whom will be ready to face Watford.

It will be a weaker Huddersfield side than the one who vanquished the Hornets in December and they may struggle to pull off a similar result.

Norwich have reached the halfway point of the season on 47 points - equal to their total at the same stage of their 2018-19 title-winning campaign - and they can power on by overcoming Cardiff.

Pressure is mounting on Cardiff manager Neil Harris, whose team are 15th and unlikely to match last season's fifth-place finish.

But while Moore is expected to play some part, key central defender Sean Morrison remains injured.

Morrison's absence leaves a hole which may have to be filled by left-back Joe Bennett for a second successive match.

Bennett played alongside Curtis Nelson in last Saturday's FA Cup third-round tie at Nottingham Forest but it took just three minutes for the Bluebirds to concede and they lacked the quality to peg back their hosts, who ground out a 1-0 success.

Forest were happy to sit on their lead but Cardiff's makeshift defence could receive a sterner examination from Norwich, who have topped the second tier for almost two months.

Daniel Farke's side have the best away record in the division – winning seven of 11 road matches – and another three points could be coming their way.

Frustrations have been increasing for League One promotion-chasers Charlton, who could remain outside the top six following this weekend's trip to Bristol Rovers.

The Addicks have won two of their last 11 games and lost centre-back Jason Pearce to a red card towards the end of Tuesday's 4-4 draw at home to Rochdale.

Pearce's ban places further strain on a backline weakened by injuries to Akin Famewo and Ryan Inniss, and improving Bristol Rovers, who have picked up three wins in four league games, could take advantage.

Newport nearly lived up to their reputation as FA Cup giant-killers last week when they took Brighton to a penalty shootout but they are without a win in three League Two matches and may struggle to cope with promotion rivals Salford at Rodney Parade.

Salford rose to fifth with a 1-0 success at Scunthorpe on Tuesday and look overpriced to collect another three points.

Swindon attacking midfielder Scott Twine excelled during a loan spell at League Two Newport earlier in the season and can score for a second successive weekend for the Robins, who take on a Doncaster side weakened by the departure of star midfielder Ben Whiteman to Preston.