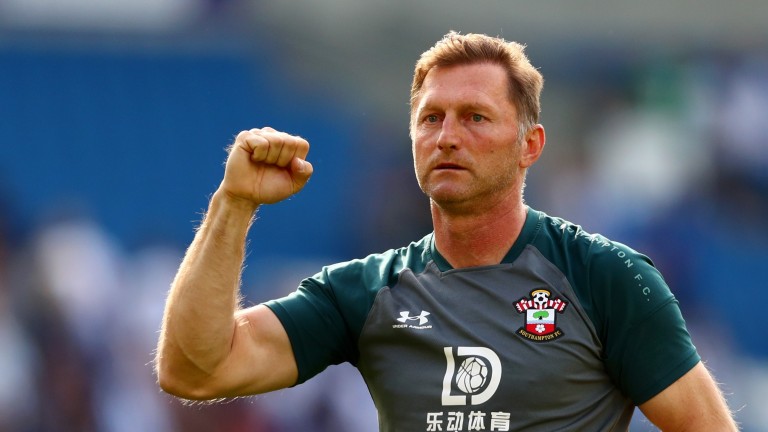 Southampton were EFL Cup finalists in 2017 and their quest to go one better can start with a win at Sky Bet Championship promotion hopefuls Fulham.

The Premier League is Southampton's priority and manager Ralph Hasenhuttl will make plenty of changes.

But he has some decent players waiting in the wings including summer signing Moussa Djenepo, who came off the bench to score a superb goal in Saturday's 2-0 success at Brighton.

Fulham's squad does not have as much depth and that will be tested because Scott Parker wants to hold back his big guns for Friday's key league fixture at Cardiff.

The Cottagers' main focus is to win promotion and they might not be overly concerned about the cups.

Local pride is at stake when Nottingham Forest take on Derby at the City Ground, so it will be interesting to see how the respective managers, Sabri Lamouchi and Phillip Cocu, approach their team selections.

However, there is still a high chance of widespread teams changes and that may favour Forest, who have a lot of strong options on their bench.

Forest are unbeaten in their last five games which have included a 1-1 draw at Leeds and a 2-1 victory at Fulham.

Lamouchi's team have shown they can compete with the best teams in the Championship and they may be a shade too strong for the Rams, who picked up just one point from two home games last week, losing 2-1 to Bristol City and drawing 1-1 with West Brom.

Millwall could be vulnerable when they take on Oxford at the Kassam Stadium.

The Lions picked up a well-deserved 1-1 draw at Middlesbrough on Saturday but their manager Neil Harris is likely to shuffle his pack.

Oxford won 1-0 at home to Peterborough in the first round and they look overpriced to take another step forward.