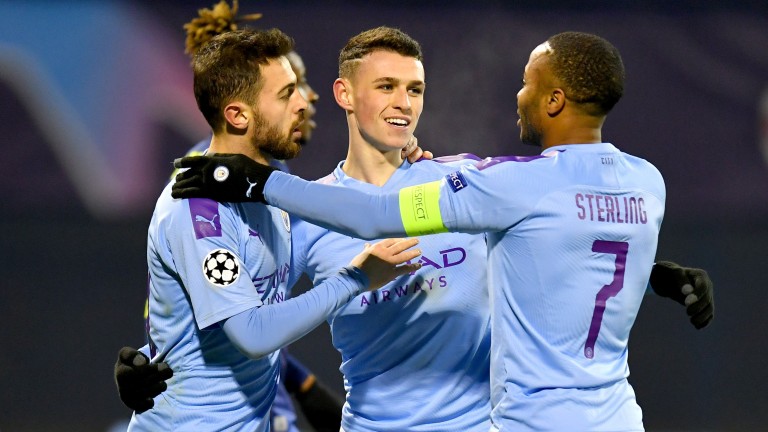 Manchester City
Sergio Aguero (muscle injury) is not ready to return and Leroy Sane and Aymeric Laporte (both knee) are long-term absentees.

Pep Guardiola takes every competition seriously and his insatiable appetite for trophies is bad news for Manchester City's Carabao Cup quarter-final opponents Oxford, who could be in for a heavy defeat at the Kassam Stadium.

City are bidding to win the EFL Cup for the third successive season and they have shown a ruthless attitude in previous rounds, winning 3-0 at Preston and 3-1 at home to Southampton.

Guardiola will make a few changes but has a host of top-quality options in midfield and attacking positions.

Phil Foden has put forward a strong case for more regular selection with impressive performances in the victories away to Dinamo Zagreb (4-1) and Arsenal (3-0).

He may get another start and Guardiola will be keen to utilise Bernardo Silva, Riyad Mahrez and Oleksandr Zinchenko, who were substitutes at the Emirates.

Coping with such quality is tough for most Champions League and Premier League teams and it could be a step too far for Sky Bet League One promotion-chasers Oxford, who are going through a dip in performance.

The outstanding moment of Oxford's run the the last eight came in the third round when they triumphed 4-0 at home to West Ham.

It was a thoroughly deserved victory - they won the shot count 17 to nine - and it came at a time when Oxford were playing at the peak of their powers.

Four days before facing the Hammers, Oxford had registered a stunning 6-0 league success away to Lincoln.

Those wins were part of a 18-match unbeaten run which finally came to an end when they lost 1-0 at struggling MK Dons on Saturday.

Any team can throw in the odd bad performance but Oxford's loss to the Dons had more to do with injury problems than a loss of focus in the build-up to a big cup game.

The absence of injured winger James Henry (eight goals in 18 league games this season) was keenly felt and key midfielder Cameron Brannagan was well short of his best as he made his first start in seven weeks since recovering from a knee injury.

Oxford were second-best against a Milton Keynes side who had picked up just two points from their previous 12 games. Unless they improve dramatically, their game against City could get messy.

City are not the sort of team to take pity on their opponents and punters should look to profit from their ruthless attitude by backing them to win to nil.

Their defence is often criticised but they have conceded just 19 goals in the Premier League (the fourth-lowest total in the division) and should be capable of keeping third-tier opponents at bay.

Oxford have failed to score in their last three matches.