Chile could be brought back down to earth by Ecuador 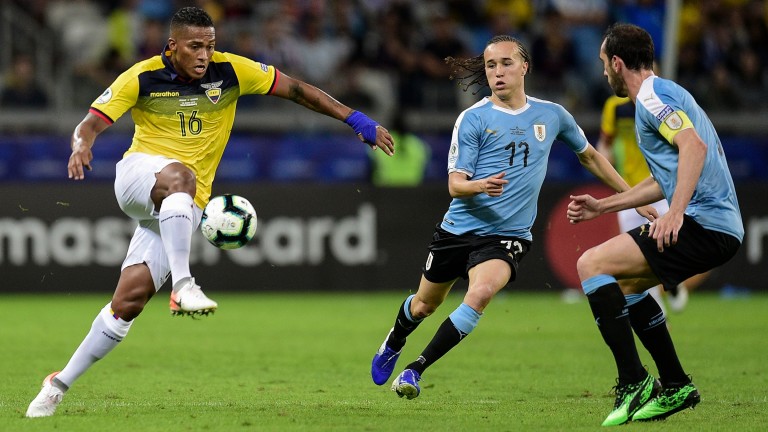 Antonio Valencia of Ecuador in action against Uruguay
Juliana Flister
1 of 1
By Dan Childs 8:00PM, JUN 20 2019

Chile got their Copa America defence off to the perfect start by defeating Japan 4-0 on Monday but they face a far tougher game against Ecuador and look opposable as odds-on favourites.

The battle for supremacy in Group C appears to be between Chile and Uruguay, who defeated Ecuador 4-0 in their opening game.

But Ecuador have not given up hope of getting out of the group and their heavy defeat to Uruguay was slightly misleading because it was heavily influenced by the 23rd-minute dismissal of defender Jose Quintero.

La Tricolor competed well against Chile in World Cup qualifying, winning 3-0 in Quito and losing 2-1 in Santiago, and they should be aiming to put on decent show in Salvador as they battle to reach the Copa America quarter-finals for the second successive time.

Chile were ruthless against an inexperienced Japan side but they have regressed since winning the Copa in 2016 and may struggle to make it six points from six.