East Fife set to continue their unbeaten run for Smith 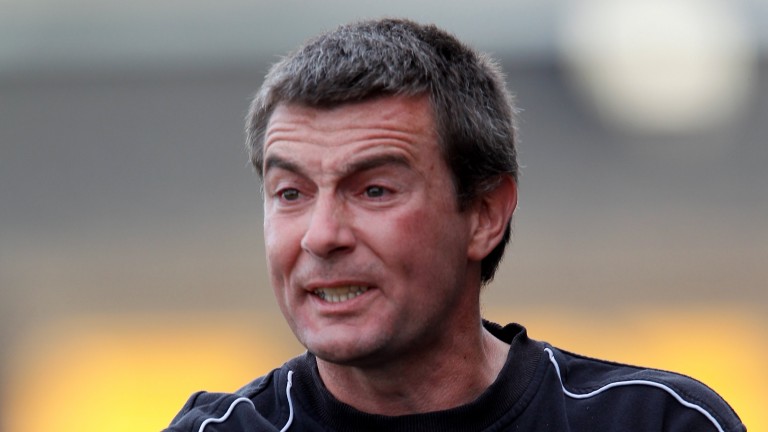 Barry Smith has yet to taste defeat in his six games as East Fife manager
Richard Sellers
1 of 1
By Mark Walker 6:27PM, JAN 27 2017

East Fife are on a great run under new manager Barry Smith and they should continue that today against Stranraer.

The former Dundee player and Aldershot manager has won five and drawn one of the six games since he took charge.

Stranraer could get an initial new manager bounce with Stevie Farrell set to take charge for the first time, but the Stair Park side have struggled this season.

In contrast, Fife have produced some impressive results in their run, including beating leaders Livingston home and away.

Ross County can make the long trip to Kilmarnock worth­while by collecting three points in the Ladbrokes Premiership.

Killie collected just shy of a million pounds from Egyptian champions Al-Ahly this week for the sale of former Spurs striker Souleymane Coulibaly. Nice work, but it leaves the Ayrshire side incredibly short of firepower for the remainder of the season.

County have come through a sticky spell earlier this season and are flying. They put six past Dundee United last week in the William Hill Scottish Cup and the Tannadice club had previously boasted a good defence.

In Liam Boyce, they have a predatory goal machine who will surely move up a level in the summer, if not in the next few days.

He will fancy adding to his 14 goals and the Dingwall men will relish this clash against a club who look to be in disarray.

St Mirren are making a real go of trying to stay in the Ladbrokes Championship and they will be fired up against Falkirk.

Manager Jack Ross has added on-loan Aberdeen midfielders Cammy Smith and Craig Storie, and the addition of striker Rory Loy at this level could be crucial.

Falkirk haven’t reached the heights of last season and there are fans’ mumblings over the direction the club is heading under Peter Houston.

Saints produced an excellent display to win at Ladbrokes Premiership Dundee last week in the William Hill Scottish Cup and can follow that up.