Eagles set to swoop for road success in Texas 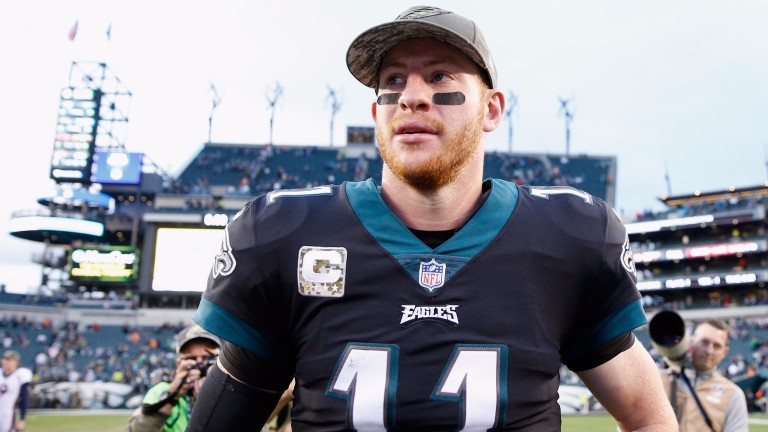 Philadelphia have had a certain amount of help from the fixture list while compiling the best record in the NFL this season and they appear to have timed their visit to Dallas perfectly.

The Eagles have largely been catching teams when they have been short of their best and the pattern continues as they face a Cowboys team missing star running back Ezekiel Elliott for the second game of a six-match ban.

Dallas crumbled to a 27-7 defeat at Atlanta last week when the absence of offensive tackle Tyron Smith allowed Falcons defensive end to break a team record with six sacks of quarterback Dak Prescott.

Prescott could be running for his life once more against the impressive Eagles defence.

The job has also been made easier for the Philly offence with home linebacker Sean Lee out and their own injury problems have disappeared with tight end Zach Ertz and wide receiver Alshon Jeffery set to play. The Eagles should be able to dominate.

Key stat
Philadelphia have won on five of their last seven visits to Dallas.