Dynamic Proteas opener can shine at the Wanderers 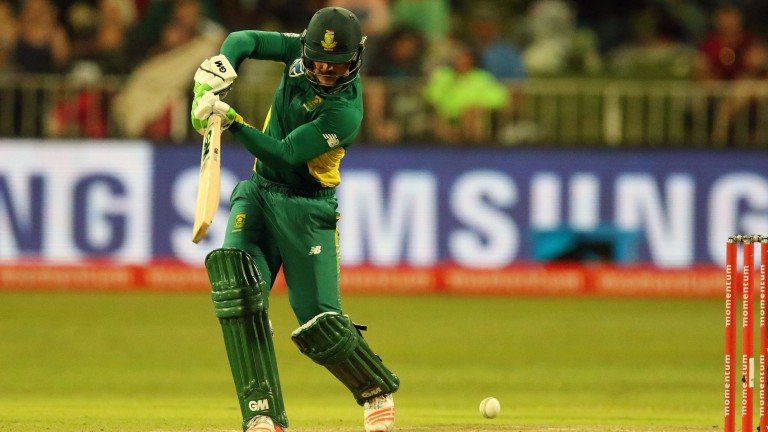 Sri Lanka have struggled to lay a glove on South Africa in the first two ODIs and they are 7-1 to win game three in Johannesburg.

The Lankans cannot be relied upon to post competitive totals but the Proteas, who have twice passed 400 in Wanderers ODIs, have no such problems.

Opener Quinton de Kock was disappointed with his soft dismissal in the second ODI but he can make amends at a venue where he scored 135 against India in December 2013.

De Kock’s consistency in 50-over cricket is remarkable – 11 centuries and eight fifties in 71 ODIs – and Betway’s runs line of 35.5 looks too low for the dynamic wicketkeeper.

A damp outfield caused the abandonment of the second ODI between New Zealand and Australia but the teams will try again in Hamilton.

The Kiwis won a thrilling opening game by six runs but the margin should have been far wider and the outsiders are value to follow up last year’s 55-run win over the Aussies at Hamilton.