Class should tell in small field 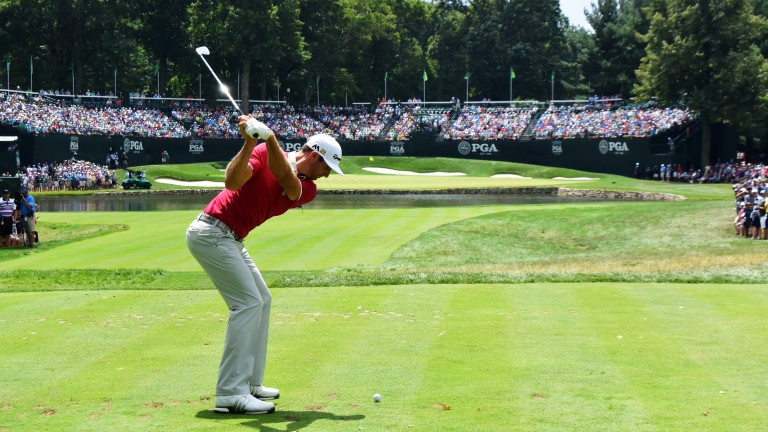 Dustin Johnson should revel in the conditions at Kapalua
Stuart Franklin
1 of 1
By Steve Palmer 7:40PM, JAN 4 2017

The first competitive golf shots of the new year will be struck at 8.20pm UK and Ireland time tonight as the SBS Tournament of Champions starts on the sunshine island of Hawaii.

US Tour minnows Cody Gribble and Mackenzie Hughes have the honour of opening proceedings at the Plantation Course, Kapalua, at 10.20am local time, but the big fish of the circuit should be making waves when the event is approaching a conclusion on Sunday. A Dustin Johnson and Jordan Spieth dual-forecast wager is worth considering at 18-1.

Johnson, the 2016 Player of the Year, was Kapalua champion in 2013 and the powerhouse will be licking his lips at the prospect of tackling a Plantation Course which has been softened by recent rain.

Spieth, runner-up in this event on his debut before winning by eight shots on his subsequent visit last year, will be expecting to provide a stout defence of his title.

Dual-forecast attempts are obviously ambitious, but Johnson and Spieth have only 30 other players to beat in this small gathering of 2016 US Tour champions, most of whom the dynamic American duo should comfortably outclass.

Punters looking for a safer bet are pointed towards Johnson to beat Jason Day in a tournament match. Day's first press conference of the year was extremely revealing. He talked about trying to shorten his backswing in a bid to protect against injury and to slow down his pre-shot routine, something which will alarm tour officials and spectators alike.

After three months on the sidelines with back problems and clearly plenty going on in his head, it may pay to not expect much from the world number one this week. It will take time for a shortened swing to feel natural. Johnson, third in the Hero World Challenge only a month ago and bursting with all-round confidence, seems a far more likely title contender.

The major equipment story of the Tournament of Champions concerns Bubba Watson, who has ditched the Titleist ProV1 ball with which he has won all his US Tour trophies. Watson has signed with Korean company Volvik and rumours are rife that he will be using a pink ball.

This is an astonishing move from Watson, who must be getting paid a king's ransom to use a ball ignored by all his peers apart from Tim Petrovic. The ball is the biggest change a player can make – it is obviously employed on every shot – and Watson could be vulnerable while he adjusts.

Justin Thomas, eight under par for the weekend on his Kapalua debut 12 months ago and in excellent form at the end of last year, can be fancied to beat Watson.

First-round twoball punters should consider putting Aaron Baddeley (8.40pm) and Branden Grace (9.20pm) in a double. Both are well suited to the demands of Kapalua and up against weak opposition (Greg Chalmers and Jim Herman).