Austria could be inspired by the brilliance of Suljovic 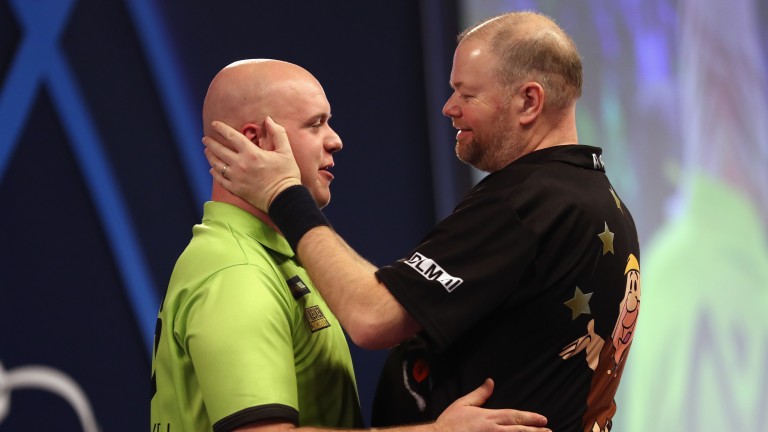 Proud Dutchmen Michael van Gerwen and Raymond van Barneveld team up for the eighth running of the World Cup of Darts in Frankfurt over the next four days and at even-money Holland look a decent bet to successfully defend their title.

Van Gerwen at anything other than odds-on is pretty much irresistible given the form he's in, and he and Barney, usually rivals these days, have a real competitive chemistry when they slip on the orange shirts of their country.

Thirty-two nations take part in this event with the 16 first-round ties a straight best-of-nine doubles contest. Holland play Gibraltar. From round two onwards the doubles element of the event is only used as a tiebreak and with so much singles being played, Van Gerwen – and, therefore, Holland – become the ones to beat.

Because of Barney's world ranking the Dutch are seeded three which means they are in the opposite half of the draw to Scotland, represented by Gary Anderson and Peter Wright, and slated to meet Rob Cross and Dave Chisnall of England in the semis.

There's a double squiggle by Chizzy these days while neither Anderson nor Wright are any­where near top gear and were chinned by Singapore in their opener 12 months ago.

Value seekers have been drawn towards Wales, Australia and Austria, all represented by players who look like they'd fight for their flag, and their partner.

The Austrian duo of Mensur Suljovic and Zoran Lerchbacher also appeal at 25-1.

The key is Suljovic who, fresh from a more than respectable Premier League debut campaign and victory in the opening World Series event last Friday, is playing superbly. He's tough as old boots to beat and should inspire debutant Lerchbacher, a winner at Alexandra Palace in December and seeded at the UK Open where the weather stopped him from taking part.

Day one kicks off with eight first-round ties and there can be shocks – Northern Ireland, like Scotland, suffered a first-hurdle fall 12 months ago.

Hong Kong on the handicap against Australia looks a fair play. Royden Lam and Ho Yin Shek are the vastly experienced duo taking on Simon Whitlock and Kyle Anderson and they can definitely pick up a couple of legs.