Dustin Johnson warming up for US Open in ominous fashion

Pan and Reavie can tuck in behind leader 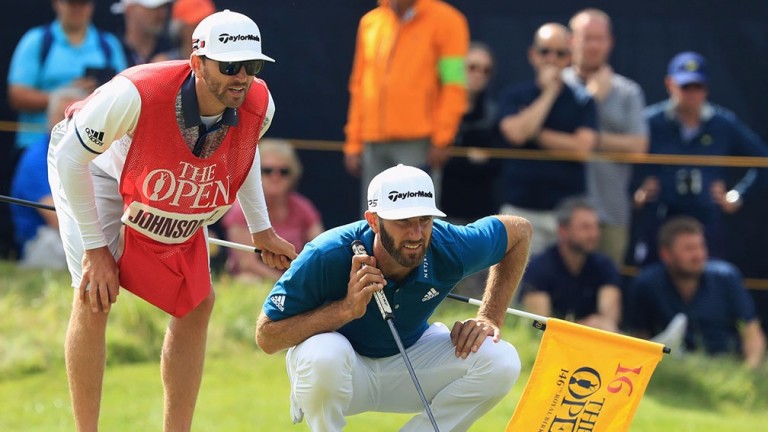 Last week Dustin Johnson switched back to the putter which brought him so much success in 2017, and the results have been a much improved performance on the greens, particularly in the opening two rounds of the St Jude Classic at TPC Southwind.

Johnson leads at Southwind by a shot going into the weekend, having fired a second-round 63, the ante-post 7-1 favourite cementing his position at the top of the market. The former world number one is no bigger than 5-6 to claim a second St Jude crown, having won the title in 2012.

Accurate duo C.T Pan and Chez Reavie can lead the Johnson-chase over the final 36 holes – Pan is 16-1 from two shots behind, while Reavie is 28-1 from four shots adrift – and four places are still on offer with some bookmakers. A purring Johnson, though, seems likely to secure a morale-boosting victory a week before the US Open.

Third-round twoball punters are pointed towards Pan and Reavie, who can churn out fairways and greens on this tight, demanding layout. Pan can outscore Andrew Putnam in the 6.31pm (UK and Ireland time) contest, while Reavie should prove too solid for Seamus Power at 6.13pm.