Dunfermline can continue their excellent form 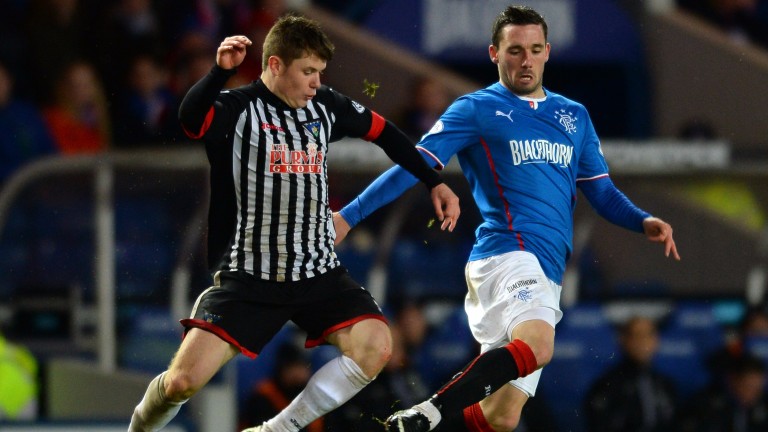 Dunfermline are in sparkling form in the Ladbrokes Championship and they can continue their strong start to the season by winning at Dumbarton.

Allan Johnston's side were outsiders in the betting at the start of the season to make an impact in the second tier.

But thumping home wins against Inverness and Falkirk have made people sit up and take notice and they will be expected to win on the banks of the Clyde this afternoon.

Dumbarton's one-stand, windswept, stadium is rarely a place for silky football, but the Pars can mix it up too.

The Fifers have winger Joe Cardle in fine form and ex-Aberdeen striker Declan McManus has been lethal up front. The return of former Rangers striker Nicky Clark from injury is also a huge boost.

Dumbarton have been hard to break down this season, but Dunfermline have more quality.

Their Fife rivals Raith can also get a win when they make the short trip to East Fife.

New Bayview is a carbon copy of Dumbarton's ground, but there's added spice when these two rivals meet and Rovers are starting to pick up after a sluggish start.

The pre-season Ladbrokes League One favourites lost to both Dundee sides in the Betfred Cup in their opening two games, but since then they have won five of six games and have scored three goals in each of their last three games.

Liam Buchanan and Greig Spence were Rovers' star summer signings and they both look like they will deliver, while young striker Lewis Vaughan has already bagged nine goals this season.

The Kirkcaldy side are a team who should score plenty and Barry Smith's men can get the points this weekend.

Falkirk have made a dreadful start to the season, but they could get back on track at home to Queen of the South.

Manager Peter Houston held a clear-the-air summit with fans this week after they called for his head.

And although the Bairns have been a major disappointment, they have too many good players to stay poor for long.

South are a decent outfit, but Falkirk also started last season slowly and they are bound to pick up soon.

Raith
2pts 8-11 general
Bet on this match at soccerbase.com

Falkirk
1pt 21-20 general
Bet on this match at soccerbase.com