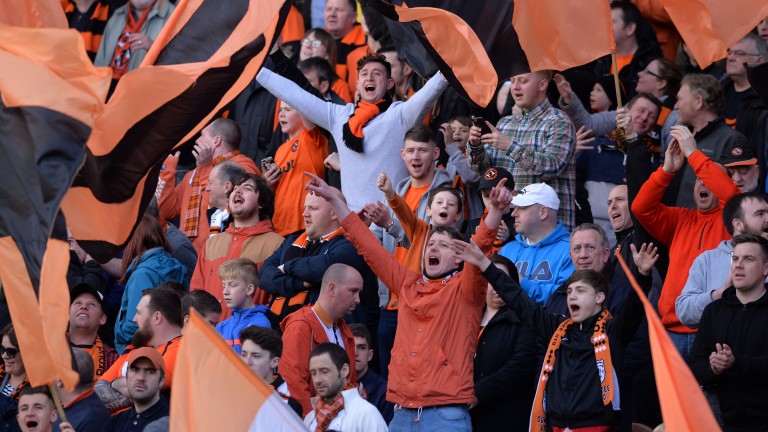 Dundee United won the race against Partick Thistle to land Robbie Neilson as manager and they can show why with a win at Firhill.

The only Ladbrokes Championship match has extra spice after both clubs went for the same man to fill their recently vacated hotseat.

Former Hearts and MK Dons boss Neilson chose the Tannadice side and he will get a very early chance to see if he's picked the right team in the Maryhill area of Glasgow.

United were a complete joke club under the utterly hapless Csaba Laszlo and their two recent pitiful defeats to Ross County and Ayr United summed them up.

But, on paper anyway, their squad could and should be the best in the league if they had a decent manager. Fraser Fyvie, Paul McMullan and Nicky Clark should be tearing up this division and United fans should be confident Neilson is able to turn their car crash of a season around.

Thistle were taken apart by County too, which spelled the end for long-serving manager Alan Archibald. Chief Executive and club legend Gerry Britton will take charge and it's a case of which club reacts better to their change of manager. United appeal at a decent price.

Queen's Park should be far too strong for St Mirren Colts today in the Challenge Cup.

The Hampden amateurs are also managerless, but showed what they could do last week with a fine 1-0 win over Clyde in League Two.

This week they face the Paisley youngsters, who have progressed through the rounds by defeating Kilmarnock and Hamilton Accies' Colts teams.

Colts teams in this competition have tended to be taken apart when they face senior teams and the Glasgow side, who are coached by Mark Roberts, should have too much for the Saints.

East Fife can stun Queen of the South in the same competition.
It's now six wins in a row for the New Bayview men and confidence must be sky high at Methil just now.

They knocked Ladbrokes Championship Partick Thistle out of the last round and a QoS side treading water should hold no fears for them.

There's obviously a threat from 24-goal striker Stephen Dobbie, but the Dumfries side somehow conceded three at home to Alloa last week and leak goals. Fife look overpriced to cause an upset.