Dundee United ready to continue resurgence against Queen of the South 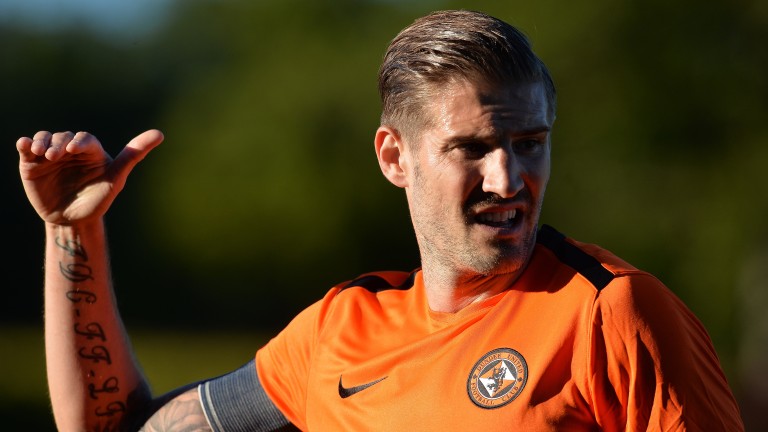 Dundee United have been Scottish football's joke club for the past couple of seasons, but there are signs their fans might finally have something to smile about soon.

The appointment of former Hearts and MK Dons boss Robbie Neilson seems to have completely turned around United's fortunes.

In fairness, it wasn't hard to do a better job than his hopeless predecessor Csaba Laszlo, who was massively out of his depth.

Appointing a competent manager has galvanised their players and supporters and they should continue their improvement with a Ladbrokes Championship win against Queen of the South.

Stephen Dobbie doesn't appear able to save the Dumfries club on his own and they suffered a poor midweek home defeat to a Morton side who had just shipped five at Ross County.

United have won two and drawn once under Neilson, who has actually got players operating in their proper positions and has been boosted by the return to fitness of star man Fraser Fyvie. And they can win again.

Livingston lost just their second Ladbrokes Premiership game all season in midweek when St Johnstone won in West Lothian, but they can bounce back against Hamilton Accies.

Their only home win has come against an awful St Mirren and are now digging in to their obligatory battle against the drop.

It's a battle they've always won because of their ability to pluck out the odd big result, especially at home.

But Martin Canning's side look to be really struggling this term and Livi will fancy it.

Gary Holt has been able to pick the same side almost every week and a solid defence has been the rock in which they've stormed into the top six.

It's unlikely they will stay there over the course of the season, but they should be too good in Lanarkshire.

Dumbarton have been a crushing disappointment, but a change of manager appears to have worked wonders and they can triumph at Montrose.

The Ladbrokes League One title favourites have had a nightmare campaign since relegation and binned boss Stevie Aitken.

Experienced former Dundee and Morton manager Jim Duffy replaced him and showed what he could get his underperforming team to do with a 4-0 victory over an East Fife side who had previously won eight games in a row.

Montrose have won just once at their Links Park home since promotion and the Sons can add to their struggles.