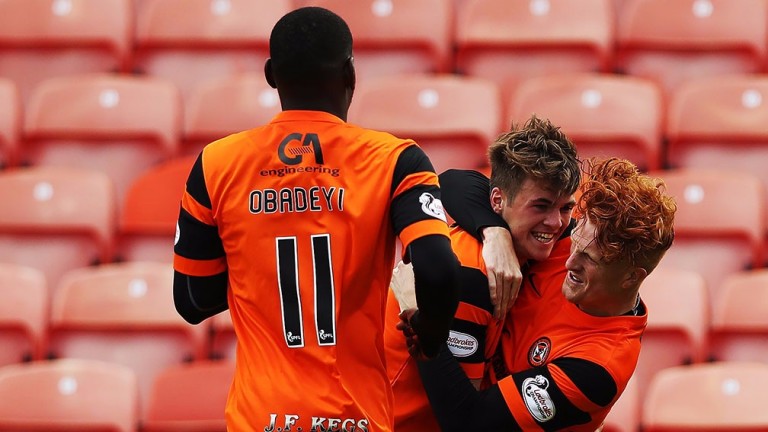 Two of the most out-of-form teams in Scotland meet in the teatime Ladbrokes Championship clash.

It pits a United side who haven’t won this year against the Kirkcaldy outfit, who haven’t tasted victory since October.

However, the home side’s blip is likely to be more temporary than the problems faced by Gary Locke’s men, who appear to be in freefall. The fans seem to have completely lost faith in the manager.

United did at least show signs of potential improvement last week in a tricky fixture at Dunfermline and they could have won it.

They should still have too much quality for Rovers, with Tony Andreu and Scott Fraser providing creativity.

Raith could give a debut to young defender David Syme, who has signed from Partick Thistle.