Dundalk should dominate Bray Wanderers from off

Derry and Sligo can get campaigns off to good starts 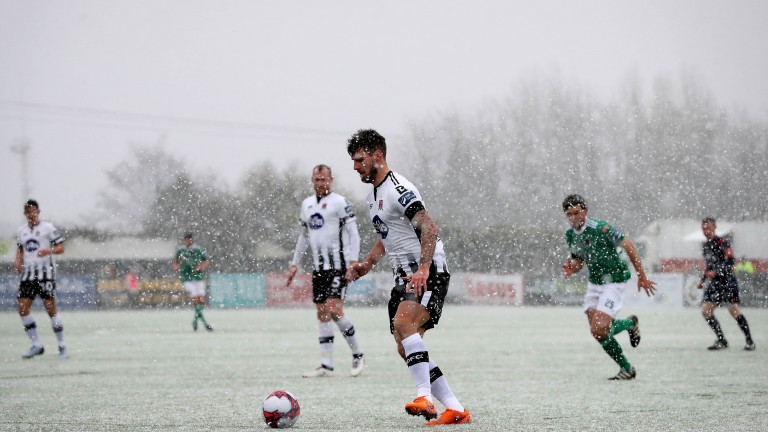 Dundalk's Stephen Folan in possession during the Presidents Cup clash with Cork
INPHO
1 of 1
By Johnny Ward UPDATED 7:47PM, FEB 16 2018

Bohemians should be capable of causing Shamrock Rovers problems at a sold-out Dalymount in the first TV match of the new League of Ireland season.

However, there is value elsewhere and Dundalk should be able to dominate Bray Wanderers at Oriel Park, with odds of 4-5 about the Lilywhites winning via a half-time lead appealing.

Bray have questions to answer, starting in goal following the departure of Peter Cherrie, and Dundalk were superb for much of their President's Cup game against Cork.

They should win comfortably against a team who are strong candidates for relegation.

Waterford's joust with Derry is tricky to assess, but Derry look worth chancing.

They travelled south a day before their clash so there is no issue with the journey and the prices suggest Waterford are on a par with Derry, which is questionable given they have just been promoted and have quite a few new players.

Cork look a big price to beat St Patrick's, even though it is expected that the Saints will be much stronger this season.

It looks a massive task for them to stop Cork scoring, while the Rebels will fancy their chance of keeping Pat's out.

The bet of the weekend looks Sligo to beat Limerick on Saturday. Limerick look considerably weaker this season and Sligo have improved markedly under Ger Lyttle. Despite being cut in price, they still look big.