Dumbarton can highlight the gulf in class against Arbroath 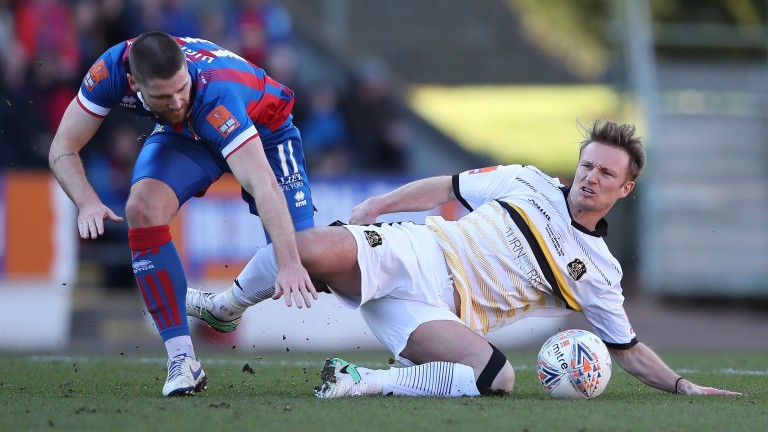 Iain Russell (right) shows the kind of commitment Dumbarton will need in the playoffs
Ian MacNicol
1 of 1
By Mark Walker 8:00PM, MAY 1 2018

Dumbarton can stay in the Ladbrokes Championship by winning the playoffs.

The playoffs are between the teams in second, third and fourth in Ladbrokes League One and the second-bottom club in the Championship in two-legged semi-finals and a final.

Dumbarton enter these matches with by far the worst record - one win and nine losses in their last ten games.

But the Sons have known for a long time their season will depend upon these next four games and Stevie Aitken's men will be ready for it, starting with their clash with Arbroath.

There is a hefty gap between the second and third tier in Scottish football, as last season's playoff winners Brechin City have just highlighted by being the first team since 1892 to go through the entire season without a win.

In Wednesday's other match, Alloa can inflict more misery on Raith Rovers after their goalless draw in Kirkcaldy on Saturday cost the Fife side automatic promotion.

Jim Goodwin's side rested a couple of players and hit the woodwork won and can take a first-leg lead against depressed Raith.