Dressing-room division could be bad news for Germany

Denmark primed to pick off Peru 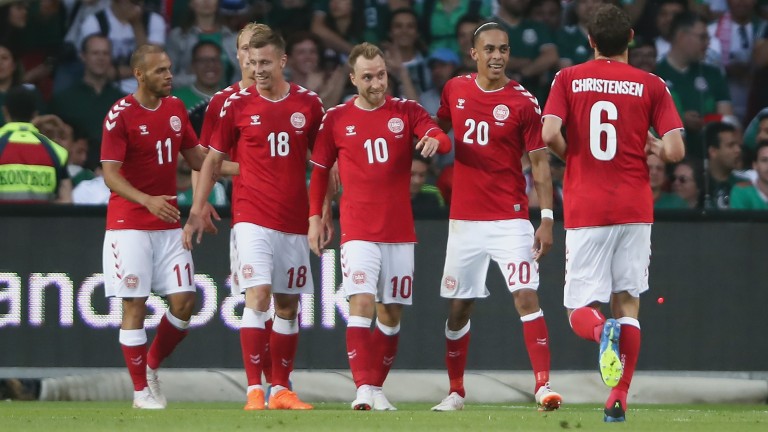 When German fans start booing German players you know something has gone wrong, and the Gundogan-Ozil affair is threatening to cast a shadow over our World Cup defence.

Quite why Ilkay Gundogan and Mesut Ozil decided to meet with the Turkish president so close to the start of the tournament is not for me to try to explain.

Why Gundogan addressed President Erdogan as “my president” is also beyond me.

But it has caused a huge stir in Germany. Both players were jeered against Austria and Gundogan got it again when we played Saudi Arabia.

Joachim Low jumped to their defence and said the booing has to stop. Other ex-professionals were less generous.

And from what I hear the actions of the two players haven’t gone down well in the dressing room. This isn’t a club dressing room full of different nationalities. This is the German dressing room.

It's full of players who are enormously proud to represent their country at the biggest tournament in the world and when there are a couple of players in the group who question that, it’s bound to cause tensions.

I don’t think Germany are good enough to retain the World Cup anyway.

I’ve explained before that I question the experience of the group, I’m worried about Jerome Boateng’s fitness, results haven’t been good in the build-up and the flamboyance has gone from the side.

There was a lot of negativity even before this photo op involving Gundogan and Ozil.

I don’t expect Germany to lose to Mexico in their Group F opener on Sunday but I’m certainly not expecting anything special and probably wouldn’t encourage a bet on the game. Certainly not on the Germans at a short price. If pushed, I’d got for a 1-0 win to Germany.

Germany reach semis and finals of these major tournaments because they stick together, because of an inner belief, because of trust in each other. The last thing you expect to see is any hint of division and it could well prove to be significant.

The pick of Saturday's games may well be Peru against Denmark. I’ve only seen flashes of Peru but I’ve seen plenty of the Danes and I like what I see.

When they qualified, winning 5-1 in Ireland, they were excellent. Decent sides generally don’t put five past Ireland but Denmark could have had more.

They’ve got a world-class keeper in Kasper Schmeichel, I think that Andreas Christensen could become one of the defenders of the tournament and when you’ve got someone of the calibre of Christian Eriksen in the side anything is possible.

Everything goes through Eriksen, as you’d expect, and Peru need to be very wary of him.

The Saturday entertainment kicks off with France against Australia and this may not be straightforward for the French.

I love the potential with this side and would love to see them click because it would be wonderful to see.

But they’ve got a pretty average record in opening games and I don’t see them sweeping the Aussies aside. Organisation and combative tackling can knock good players out of their strides and if France are starved for pace they may well struggle to pick the Aussies off.

I’d still expect them to win but would err towards under 2.5 goals.

Magical Messi is running out of time

Lionel Messi's last bid for a major international title begins on Saturday and I don’t think anyone in the world would begrudge the little genius that medal should he get it.

Argentina open up against Iceland, who will represent worthy adversaries but I don’t see the Argentinians showing the same level of complacency that their neighbours Uruguay did against Egypt.

Argentina are contenders like they always are and they come into the finals in decent spirits given the manner of their qualification which was in doubt right until the last round of games.

Their last qualifier was in Ecuador, at altitude, and they were in trouble when Ecuador took a first-minute lead.

That was when Messi took over. One goal, a second, then the hat-trick. Moments of magic from the world’s greatest player and it lifted a nation.

Granted they have had to wait more than six months since that late reprieve but events of the autumn, and the fact that they nearly missed the competition altogether, will have galvanised them. I know as much having gone through the same thing with Germany in 2001.

We hadn’t played well in qualifying and needed a playoff win over Ukraine, having drawn the first leg, to get to South Korea and Japan. We pulled it off, the belief pumped back and six months later we were lining up in a World Cup final.

Much is being written about Messi’s legacy and whether he will still be rated a legend if he cannot win a World Cup. And, whether we like it or not, you’re judged by your performances at the very, very top events. Forget the Copa America – this is the one.

What’s disappointing so far is that Messi has played among really good players. We’re not talking George Best at Northern Ireland or Diego Maradona’s Argentina. Messi hasn’t had to carry this side on his own but, for whatever reason, he hasn’t managed to get them over the line.

If he fails again, he’ll still be a genius in my eyes. Others may have a different take on him, however.