Draw would suit both sides in Group K showdown 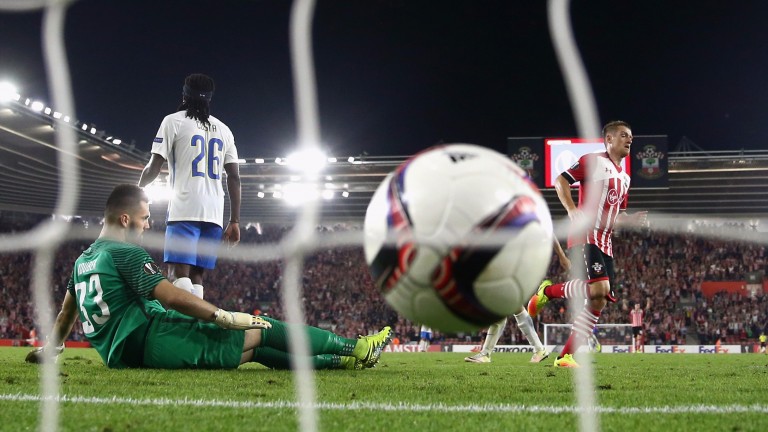 Anyone who witnessed Sparta being crushed 3-0 at St Mary’s in their Group K opener two months back is likely to fancy only one outcome in the return in Prague.

With Southampton no bigger than 23-20, the bookies certainly like the Premier League side.

However, since Sparta’s last visit to England, they’ve changed manager and changed fortunes while Saints are stuck in a non-scoring rut.

The value, however, may well be the draw. David Holoubek took charge at the Generali Arena soon after the St Mary’s horror show and while the playing staff haven’t changed, the style and confidence has.

They’ve won both group home games against Inter and Hapoel Beer Sheba and are on a run of five straight home wins, four of them to nil.

David Lafata, with seven goals in his last eight, carries the main goal threat while defensively they are far sounder and will take some breaking down.

Southampton
Dusan Tadic and Jose Fonte have not been selected. Matt Targett is injured.

For Southampton, breaking down opponents has become something of an issue. Under Claude Puel they don’t go toe to toe with teams and the upshot is they are struggling to find the net.

Charlie Austin bangs in the odd penalty but Nathan Redmond looks lost in front of Puel’s diamond while the absence of creativity from midfield is alarming.

One goal from open play in the last five away games tells its own story, though on the flip side they are excellent at the back. With that in mind, don’t expect many goals. A draw would represent a perfectly good result for both clubs.