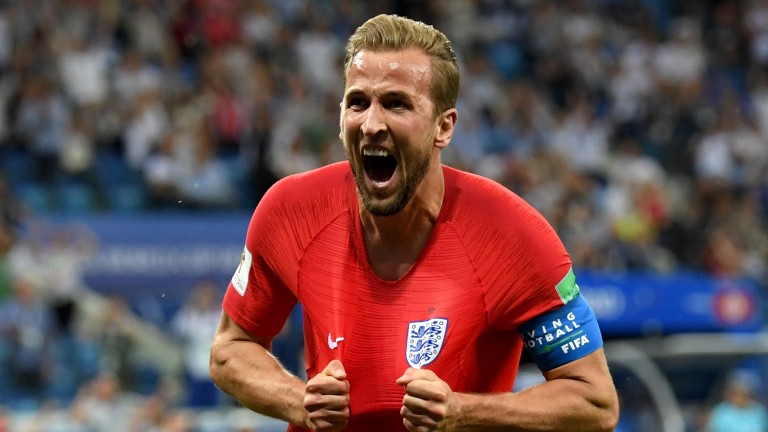 You know it has been a crazy World Cup when England fans are having heated debates about whether they would like to finish first or second in their group at the same time as German supporters are flying home.

Germany's shock group-stage elimination at odds of 8-1 has been the talk of Russia but the world champions' woeful defence of the title was just one of a number of astonishing stories from a World Cup that has been full of drama since Spain sacked manager Julen Lopetegui on the eve of the tournament.

There has been story after story, night after night, late goal after late goal and penalty after penalty. This is the story of the 2018 World Cup group stages and that's without mentioning the VAR ...

Whether you love it or loathe it, VAR has added a new drama and almost panto-like theatre to proceedings, and the result has been penalties, lots of them, with 24 awarded and 18 converted.

Hills opened up at 4-1 for a penalty to be awarded in the early matches, a price now halved with some firms offering just 6-4, and punters have been latching on to other ways of grabbing the value.

"We have noticed a trend for backing the penalty takers of underdogs," said Hills spokesman Joe Crilly. Sky Bet's Ivor Davies added: "It was not just the scorer markets for individual games but there was plenty of interest in defender Andreas Granqvist, who was backed from 12-1 down to 9-4 to be to Sweden's top scorer.

"We had him in for about nine per cent of Sweden's goals and now he’s in for around 17 per cent, while it's the same story with Luka Modric and Croatia. Normally he'd be in for ten per cent but it's up to 20 per cent."

The feast of penalties has helped the goal tally rise to 122, with only one 0-0 stalemate, and that came in the final round of fixtures in a mutually-beneficial draw for France and Denmark.

Every team scored at least twice in the group stage - a result that caused carnage for Paddy Power and Sky Bet. Power laid all teams to score over 1.5 goals at 100-1 and reported a £700,000 loss, while Sky Bet were offering 250-1. "Panama scoring their second goal on the final evening cost us a small fortune - it was our worst result of the tournament," said Davies.

Usually 0-0 draws are bad news for punters - Hills offered 100-1 about none in the group stage - and Ladbrokes's Alex Apati was relieved to see the French bore fest. He said: "It was a bookmakers' saviour. We took a lot of bets on no group stage 0-0s and whole tournament 0-0s at big prices."

Saturday June 23 will go down as one of the most pivotal football punting days of all-time. Odds-on favourites Belgium and Mexico had already won in matches where both teams scored but Germany, the last leg of the treble, were being held by Sweden 1-1 heading deep into injury-time.

Up stepped Toni Kroos to score a sensational free kick for the ten-man Germans, landing many multiple bets with Crilly calling it "the biggest swing in football betting history." Bet365's Steve Freeth added: "It was one of the most expensive days in our history - we lost an eight-figure sum".

England's 6-1 pummelling of Panama also went down well with the majority of punters. Paddy Power's Lee Price said: "It was a real bruiser for the book," and Apati commented: "Lots of Harry Kane related bets won along with handicaps being covered."

Kane and pain go hand-in-hand for bookmakers, who are still smarting from his first and last goals against Tunisia, while Coral's Harry Aitkenhead says it is not just the England skipper who is proving difficult as anyone backing first-goalscorer favourites to level stakes is in profit.

"One market that has given punters joy has been first goalscorer, and often in doubles and trebles," he said.

"We've seen a lot of the big names pop up on the scoresheet first, notably in successive games as Luis Suarez and Mohamed Salah did in the final gameweek or the Cristiano Ronaldo, Suarez, Diego Costa treble that landed with 1-0 wins for their respective nations."

Tournament turnover has been enormous with just under £1.5billion traded on Betfair's exchange and the highest volume game was the £49.57m matched on Brazil v Switzerland.

"Despite the odd bad day it's so far so good," said Freeth, in words that were echoed around the industry.

"Generally when the favourites have won, there have been a number that have won to nil. We’ve had a few shock results which have helped and the best day was early on with Mexico beating Germany and Switzerland holding Brazil."

There is one big bogey in the bookmakers' book - England. The patriotic punt is well and truly alive.

"An England win would probably see us issuing a profits warning," said Barry Orr of Betfair's Sportsbook. Sky Bet's Davies said: "Like most other bookmakers it would probably be the biggest payout in our history, we've seen loads of bets come through after Germany were eliminated and again on Thursday.

"We have also got the England-Harry Kane Golden Boot for a fortune after laying that at 100-1."

"England are the worst result by far" said Apati and Freeth added: "We’ve currently got them as a loser for several million, but I’d expect that to top eight figures should they go all the way."

Betfred's Peter Spencer can see a shift in the hopes of England's supporters.

"Initially they were not fancied, particularly by our younger customers who are more aware of all the top international players, but the patriotic punt is back for sure after the impressive start and we estimate a £5m loss if England win with Kane taking the Golden Boot."