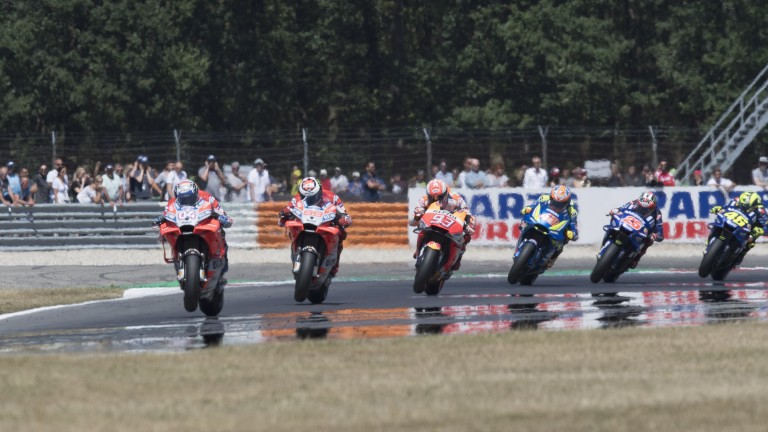 Bookmakers have clearly decided that Sunday’s Aragon Grand Prix in north-eastern Spain is a three-way battle but they may not be right to make Andrea Dovizioso the outsider of those top contenders.

Jorge Lorenzo is joint-favourite with Marc Marquez with several firms after grabbing pole position but the 9-4 about his Ducati teammate Dovizioso, who was just 0.014 seconds behind, looks worth taking.

Dovizioso has had a consistently fast weekend, topping the times in first practice and finishing third in practices two and three and fourth in practice four before his close second in qualifying. He looks sure to be in the leading group during the race.

Aragon has not been a great track for him – third in 2012 was his best result in eight attempts – but he looks to be on the strongest bike this weekend.

Britain’s Cal Crutchlow was best of the rest in qualifying.