Dortmund can stay in touch in Bernabeu 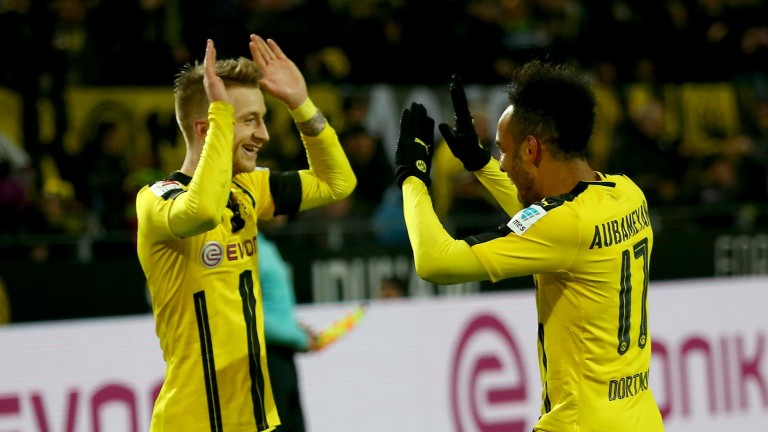 The biggest game of matchday six and one of the standout fixtures of the entire group stage takes place at the Bernabeu.

There is plenty at stake with Real Madrid needing a win to top the group and Borussia Dortmund requiring a point.

Dortmund’s approach will be interesting because they approach almost all of their matches with victory in mind.

They took the game to Real in a 2-2 draw in Germany on matchday one and were well worth the point after carving out a 59 per cent share of possession and winning the shot count 19-12.

Real were armed with the attacking threats of Cristiano Ronaldo and Gareth Bale then but may be less effective without the injured Bale.

The La Liga leaders will still be tough to stop but Dortmund will go toe-to-toe with them and can earn at least a draw.

Team news
Real Madrid
Casemiro (broken leg) came off the bench in the 1-1 draw at Barcelona and may start but Gareth Bale (ankle) is out.

Borussia Dortmund
Sven Bender (ankle) could play but Roman Burki (hand) is out.

Key stat
Dortmund have lost one of their last 11 games