Don't write off teams with nothing to play for

Advice from the betting industry insider 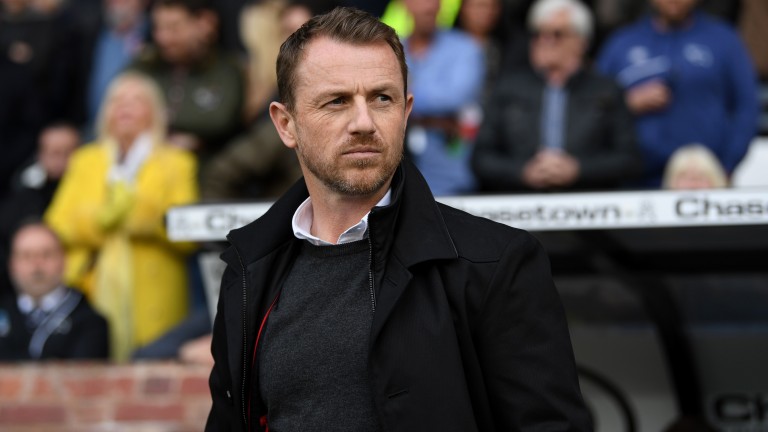 For most people, myself most definitely included, this is the best part of the football season. The business end, where there are no more second chances, promotions and relegations are decided and trophies are handed out.

From a betting perspective the final throes of a season bring with them an added intricacy, as we are now well and truly at the stage where the market takes into consideration its perception of how desperate a team is to win their upcoming match compared to their opponents.

There's far more to say about why that happens, and whether it should happen, than I could fit into one column, but I think the overriding point to make is that it often does make sense to adjust match prices slightly due to motivation.

Why? Well, when I wake up in a good mood and the sun's shining, I walk my dog faster and further than if I can't really be bothered or would rather be doing something else that morning. Motivation affects my dog-walking performance.

If you know you're leaving a job to take a new one soon, do you work harder for those last few weeks before you resign or do you slack off a little bit? I'm sure there are some noble souls out there who'd do the former, but I'd suggest they are in the minority.

So I'm not someone who'd argue motivation is irrelevant in late-season football matches, because real life experiences tell me it must be worth something. But how much shorter should a team be when they need to win late in the season against a side safely in mid-table (or already promoted or relegated)?

That's impossible to answer, sadly. There are too many variables unique to each case, which mean you need to look at each game individually and make an assessment on a match by match basis.

Are the team with little or nothing to play for at home or away? Most people would accept it's probably a little easier and, perhaps slightly more tempting, to down tools for the day when you're not in front of your own fans.

Is the match live on television? Footballers tend to like winning even more than usual when their game is televised don't they? And why not? Enjoying looking good in front of extra viewers makes sense.

Do the players have sizeable win bonuses or incentives to finish higher up the league table? Even if the league points are no longer vital, some extra spending money for those post-season trips to Las Vegas, Dubai or Marbella isn't to be sniffed at.

How many are out of contract at the end of the season? Are they looking to impress a manager or do they know they're leaving already? Or are they aware they're being watched today by a scout or manager considering buying them in the summer?

Are some youth players are being blooded in the final games of what appears to be a dead season?

If so, are they very good prospects looking to stake a claim for next term, or are they a long way from being ready and likely to be out of their depth against more experienced players fighting for promotion or against relegation?

Those factors, among others, need considering when making an adjustment to what you'd make a price normally if you wish to make an allowance for motivation.

There are some matches in English football this weekend where I believe the desperation for a win may have been slightly over-factored into current betting odds, and in high grade football leagues on 1X2 markets like these, one day before the game, slight value is all we should ever expect to find.

Nonetheless, value is value and we may be able to help ourselves to some by opposing a few of these motivation-based odds shifts.

Portsmouth won promotion on Monday at Notts County. They made heavy weather of it, having arguably been the best team in Sky Bet League Two but are probably only going to finish third.

But they got there in the end and without doubt they'll have had a couple of nights out to celebrate. Manager Paul Cook may well have handed them an extra day or two off this week, and perhaps there were even a few sores heads on their first morning back to training.

They play Cambridge, who are in the thick of a battle for a playoff place. But Cambridge's desperation for maximum points and Portsmouth no longer needing them may be being slightly overplayed.

If this was a completely normal game taking place, let's say, two weeks ago, I'd have been 8-13 Portsmouth but we can back them at 10-11. I think it's quite likely that this is a reasonable bet. I’d certainly be confident of saying it's not a bad one.

The second case comes in the Sky Bet Championship, where Sheffield Wednesday, currently just inside the playoff spots, very much need to beat mid-table Derby.

But Huddersfield – also in that promotion battle with Wednesday - needed to beat Derby last Monday too. They were unable to do so in a 1-1 draw.

Gary Rowett has come into Derby relatively recently and knows his board and fans will demand his team is in the thick of the promotion battle right from the start of next season.

He probably feels like he can't allow anyone to down tools early, even though their chance of promotion this season is long gone, because these games allow him to make assessments on players for next season and give him a better chance of hitting the ground running in August.

Using the example of this game being two weeks ago again, I would have been 13-5 Derby for this game. The 4-1 available now due to Sheffield Wednesday’s desperation for the points and Derby's perceived lack of it is probably a touch too big.

Finally, in Sky Bet League One, I believe Michael Appleton's Oxford would have been 10-3 at Millwall two weeks ago. Millwall would have been pretty likely to win then, and are arguably a little more likely given the circumstances.

But all we should be interested in is price available and our belief of the percentage chance of that event occurring. At the 9-2 currently available, we'd require Oxford to win this game more than 18 per cent of the time to make the bet a long-run value proposition. I do believe it's a touch higher than that.

A sample size of three matches here, which no matter which way the results fall is far from sufficient to prove whether or not opposing some motivation price shifts is a smart move or not of course, but hopefully on this given weekend the results will fall in our favour.