England's future is bright despite defeat

Don't rule out savvy Croatia beating France in the final 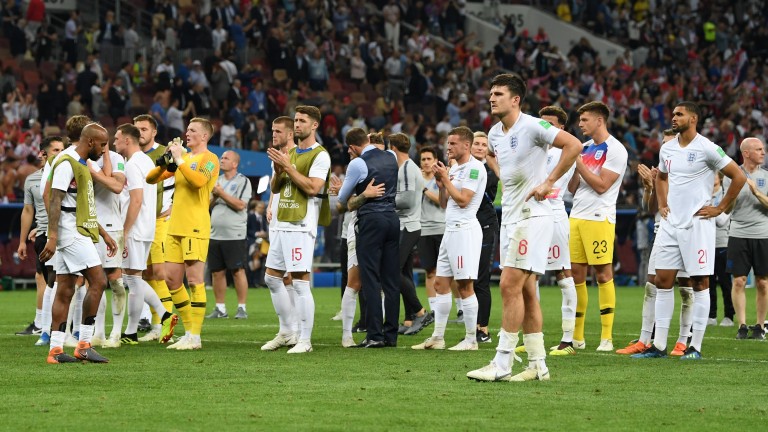 1 France are clear favourites – but write off Croatia at your peril
Croatia have been a decent side for quite a while, but you wouldn’t have thought that in the build-up to this semi-final.

Many people had England down as winners and there were periods in the first half when they could have put the game to bed.

But while the youthfulness of this bright, promising England side has been celebrated as a virtue, the fact that they lack the crucial commodity of experience has been neglected. England don’t have it. Croatia have it in bucketloads.

Dejan Lovren, a laughing stock for 45 minutes, grew into a towering presence. Ivan Strinic and Sime Vrsaljko became more and more of a threat stretching England’s threadbare midfield, the veteran Mario Mandzukic was a nightmare to handle, Ivan Perisic was outstanding and at the heart of it all were El Clasico superstars Ivan Rakitic and the remarkable Luka Modric.

The Croats were supposed to fade after a pair of two-hour dust-ups with Denmark and Russia and because they are that much older.

But that is where experience comes in. They managed the game, controlled the ball and dictated the tempo. Ageing Croatia got stronger while the Lion cubs wilted.

With Modric at the helm and presuming a clean bill of health, Croatia have the nous and big-game acumen to give France a thorough test on Sunday.

This has been a World Cup full of twists. Would it be really that much of a surprise if there was one more to come?

News: England knocked out of the World Cup by Croatia

2 The future is definitely bright for England
It’s hard not to be excited about the future of the England team.

Age-group triumphs over the past couple of years hinted at what was possible and now the senior team, with plenty of caveats and rough edges to be smoothed, have provoked a nation into dreaming again.

They have woken up from the dark days of McClaren, Hodgson and Allardyce. Gareth Southgate is absolutely the right man to take England to the next step because he’s done something that few believed was possible and got the players enjoying playing for their country again.

Suddenly the England camp is happy, with Premier League rivals coming together to proudly fly the flag.

That enthusiasm, that acknowledgement of the importance of international football, now has to be sustained and the Premier League has to play its part.

What’s clear from this England side is that the first 11 is good, potentially very good. Decent back-up, however, is thin on the ground.

If English clubs want to see a good England team (and that’s questionable) they need to back them by bringing in more English coaches and showing faith in their academy starlets instead of banishing them to some Belgian second division club for seasons on loan.

A country believes again and loves its national team again. Now it’s over to you, Premier League,  to help them take the next step.

3 England finally played a decent side
In fact, they played three throughout the tournament - Belgium reserves, Colombia and Croatia and didn’t beat any of them in 90 minutes.

This isn’t a time to be churlish or clever but a cold dose of reality is never a bad thing.

It’s no use pretending otherwise. England had an unbelievable opportunity to reach a World Cup final and failed to seize it. That’s the bottom line.

Gareth Southgate, an admirable character but a novice in international management, failed to react in a game which Croatia grew into, although you could easily argue that there was nothing on the bench to stiffen up the spine of the side when it was most needed.

Southgate stood by Raheem Sterling and, to a lesser extent, Dele Alli, when he could have been more ruthless.

Sterling’s selection over Marcus Rashford was questioned over the course of the tournament and once again the super-quick Sterling struggled. Alli has not looked fit from the outset and merely extended a disappointing end to his season.

Anyway, lecture over. All England fans should be nothing but incredibly proud of a side who, with squiggles galore against their name, defied expectations and gave us a fun-packed ride to the last four of a World Cup.