Reds may be distracted 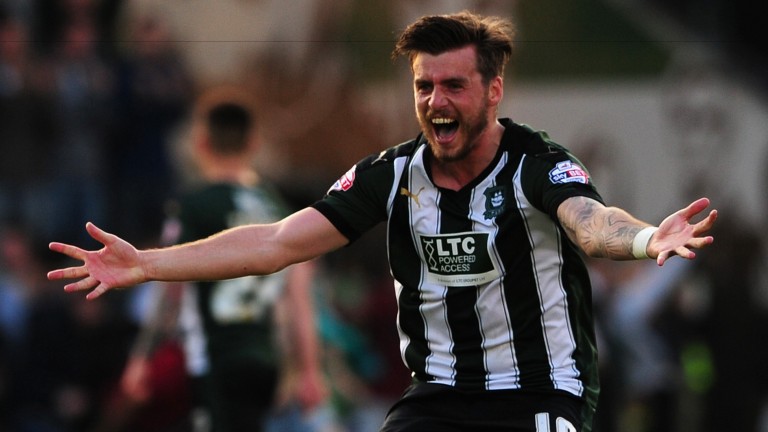 Mighty Liverpool have succumbed to lower-league opponents in the FA Cup six times since the turn of the century, a statistical crumb of comfort that Plymouth’s 8,500-strong Green Army will be clinging to as they head into Anfield.

True, the Reds are also seven-time winners of this competition and haven’t lost to a side three divisions below them since 1959.

But Argyle won’t stop dreaming, just as Devon rivals Exeter did 12 months when they earned the right to go to Liverpool following a 2-2 draw at home.

Liverpool won that replay against the Grecians 3-0 and the presumption is they’ll take the cane to Plymouth as well. Odds of 2-11 about the hosts are fairly unequivocal.

Ordinarily, it would be hard to quibble with skinny prices about Liverpool at home to anyone, but just for once it might be worth it. Yes, they should win this comfortably but Jurgen Klopp is sending out a mix-and-match side.

Emerging from a busy holiday period and with Sadio Mane out of the country, Klopp has two huge games coming up this week at Southampton in the League Cup semi-final and Manchester United in the Premier League.

Unsurprisingly, therefore, those with minor knocks won’t be risked and while kids of the calibre of Kevin Stewart, Ovie Ejaria and Ben Woodburn are potential stars, Plymouth would far rather come up against them than the likes of Jordan Henderson, Philippe Coutinho and Mane.

Klopp’s reserve-based sides have done well in cups in recent competitions but it may just be worth lobbing a couple of quid in the direction of Plymouth at a gargantuan 20-1. Especially with edgy cat Loris Karius restored between the Liverpool sticks.

For Plymouth to win, therefore, they are going to have to score and the 11-8 that both teams find the net is the bigger punt.

Most matches involving Liverpool – whoever gets to play – are open affairs. They will dominate the ball and carve out chances but Argyle know that an opening or two could come their way, especially given the reshuffled shape of the home defence.

Derek Adams’ visitors are in good form – they were unbeaten in six prior to Monday’s 1-0 Sky Bet League One reverse at Barnet.

They have scraped past Mansfield and Newport to book this dream tie and they have to hope that boyhood Liverpool fan, ten-goal Graham Carey, has one of his better days.

Locked in yet another promotion fight, Argyle’s priorities are obvious this season so they can head to Merseyside with a positive mindset. Everything suggests they’ll lose but Klopp’s team selection might just give them a better chance of pulling off something unexpected.

Team news
Liverpool
Philippe Coutinho, Danny Ings and Joel Matip are still out while James Milner, Jordan Henderson and Daniel Sturridge are recovering from knocks. Sadio Mane is at the Africa Cup of Nations. Joe Gomez could return after 15 months out.